Nosy Buttinsky and Spoiled McClueless Gang Up On a Poor Misguided Proffie Seemingly Interested in Inanities.


I received the following email this morning, forwarded to me from my Department Chair, who got it from our Dean. Names and some details have been changed to protect the stupid, and the truth has been added. 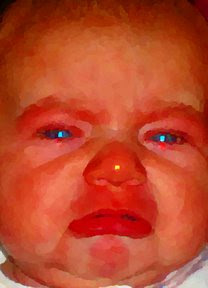 I am writing you about an incident a student relayed to me that occured yesterday, February 24, between the student and his professor. The student, Spoiled McClueless, had a speech to deliver in his Speaking class. Spoiled tells me that he was completely prepared for this speech, and that he had his outline and speaking notes with him and that he was on time for class (actually, he was 20 minutes late). The professor told him that he could not give his speech because his outline was not typed, it was hand written (yup, that's true. Final draft of speeches are like final drafts of essays. Do comp teachers let students turn in handwritten final essays?).
You should keep in mind that this outline was only a page long and the speech was only a few minutes long too (so that makes it ok? Its the same outline the students use for ALL speeches, so the length doesn't matter and IT IS A CLEARLY EXPLAINED REQUIREMENT OF ALL SPEECHES).
Spoiled asked the professor if he could type his outline up and present his speech on Friday, but she said he couldn't and would receive a zero for the assignment (Yup. I don't allow makeups for students who don't pay attention to the requirements of the assignment. Besides, why should he get two more days to work on his speech when other students had to be prepared for the day they were scheduled to speak?)
Spoiled is a transfer student who has been on the Dean's List throughout his entire college career (is that why he is on academic probation right now, with a 1.5 GPA? Regardless, does that mean he can do whatever he wants?)
I don't believe that this professor should have the right to give a student a zero for this assignment. Everyone makes mistakes and it wasn't like this was the second or third offense (Actually, it was. He didn't give his first speech either because he wasn't prepared). Please contact me regarding this incident as soon as possible. I appreciate your time! :D

I don't even know who Nosy is and why he would be emailing the Dean for Spoiled. I also don't who thought the best course of action would be to go to the Dean and not me or my Department chair (although I think it might be an intimidation tactic.)
The part that really gets me the most, though, is the following line towards the end: I don't believe that this professor should have the right to give a student a zero for this assignment. REALLY? I don't have the right to enforce the rules of my course????
What?? I can't even wrap my head around that statement.