Sheldon From Shrewsbury On Shouldering A Blind Student. 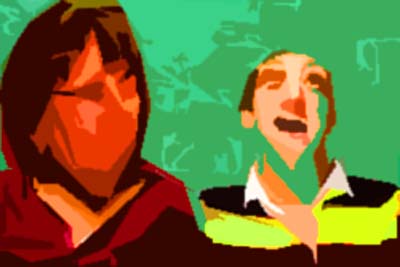 Last semester the disability counselor approved the registration of a blind student into my class. It was General Biology and the lab component involved a lot of microscope work. I tried to speak with the student and the counselor about accommodations - perhaps registering the student for a special 3-credit lecture-only class, or maybe he could register for a physics class instead where he could actually feel some of the reactions that were going on - to no avail. The student needs four credits to be full-time and doesn't have the math background needed for physics (god forbid he spend a semester getting the background). Besides, all students have a right to take my class, and I would just need to change my class to accommodate this right.

This meant I to redesign all my labs so he could play an active role (mind, I'd only gotten one day's notice before the semester began that he'd be in my class). I lucked out and there were several students who were willing to partner with him. I spent hours on many of the early labs, trying to find a role for him - he could help prepare slides and cut sections - sometimes adding useless, redundant steps just so he could be a part of the group. Then I lucked out again and realized he didn't want to do anything. Asking him to separate a bundle of long sticks and short sticks into two piles - one for the long sticks and one for the short - was too confusing, even after several attempts to explain this concept. In high school lab classes he'd been exempt from doing any lab work (though still received a passing grade) and I suppose he thought it would be the same in my class. At least when I noticed he wouldn't do the specially designed labs it meant I no longer had to design them in the first place.....

In the end he failed, and I don't even feel bad about it, but I do question the intelligence of the counselor and the administration in signing up a student for a class that they are not physically capable of doing well in. It's not fair to the disabled student to leave it the way it is and let them fail nor is it fair to the other students if the class is modified and made easier just for the disabled student. I think we've begun to stress "equality" over fairness in school, which is a shame.