"My Student Apparently Has An Entourage." 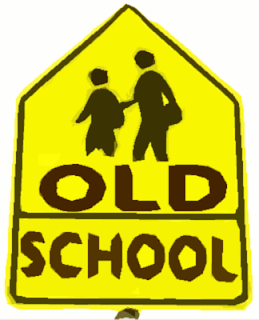 I've gotten used to having students make special requests, especially during finals week. There are always going to be those students who want extensions or alternate exam dates because of sickness, family emergencies, or whatever. I don't blame the students for asking for what they think they need to get the best grade possible.

It was completely weird for me to respond to the boyfriend and not to the student herself, but here's what I wrote: I'm sure you, [student's name] and her mother can understand that, in a class of 200 students, if I were to grant a postponement to every student who has a sickness, family emergency, or other personal reason, I would be proctoring exams for days on end. If [student's name] is too sick to take the exam on Wednesday, her option is this: She can take an incomplete and get in touch with me in the summer or in the fall to take the final exam. Of course, as with any incomplete, she will need a documented reason (such as a doctor's note) for her inability to take the exam on its scheduled date. If she doesn't want to take this option, then I suggest that she try her best in these next three days to get well enough to take the exam.

Of course, what I wanted to say was this: Are you fucking kidding me? Is her cold rendering her incapable of writing emails? Or is perhaps her real sickness a case of overbearing mother and patronizing boyfriend? Should I be cc-ing this to her agent, personal assistant, and life coach as well?

This just goes to show that some college students do not want to be treated as adults. And, when they're trying to get away with shit, they're often so bad at executing it. It's like when my friend caught one of her students plagiarizing his paper and had to submit herself to a fucking parent-teacher conference (the student brought his parents with him to my friend's office hours, surprise!), during which she had to witness the mother lavish praise on her golden boy of a son while the student lies to his mother's face: "Maybe the website copied me!"

God, it's so hard to stay positive sometimes. I really have to focus my attention on the students who have been awesome. I've had students come to my office hours to learn more about the topics I covered, to get a list of additional readings, and to ask about other classes on campus. That's always gratifying. I imagine that I have more good students than bad ones. It's just a bummer that it's always the asshole idiots who end up drawing attention to themselves by writing me ridiculous emails, watching Youtube videos during my lectures, and complaining (!) about the study guide that I didn't even have to write for them in the first place. The good students do as good students are supposed to, which is get their work done without fuss.