Worst Department Ever? The Early Leader is Ingrid from Iowa.


I teach at a SLAC in the Midwest, a genial and welcoming town where I felt lucky to arrive a few years ago. My time here has been relatively pleasant. The students are fine. I found a husband - unexpectedly - in the athletic department. All in all, I'm glad I came.

But if you're looking for the worst department ever, I think I have a shot. 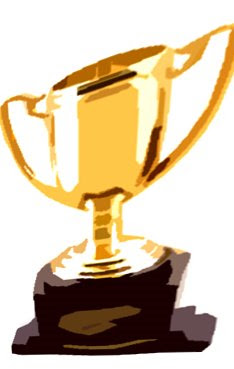 Louis the Lech: Oh, this one's easy. Louis is 50, bald, fat, smelly, and hands-y. He has the pervy, skeevy look, the tight polyester pants, and a little bit of drool always on his bottom lip. While I can't confirm he diddles in the student pool, his "holiday hugs" linger way longer than any female faculty can stand.

Dina the Ditz: Dina is our department secretary. She is not quite as cunning as, say, an international terrorist, but it's close. Dina will lose any paperwork you turn in to her, especially textbook orders, which she insists must go through her. I've started to turn in two sets, one right to the bookstore, after she sabotaged 2 semesters in a row. She'll tell you what our married colleagues are up to - in the bedroom or otherwise - without you asking. Her hours are 9-4, but she actually works about 10-3, the other time being spent smoking in the faculty bathroom. She often tells students incorrect information. "I think Prof. So-n-So cancelled class." "I'd bet your professor wouldn't mind if you were late." "Sure, turn in your final exam to me." (It was lost.)

Persistently-Perky Patty: The colleague I hate most. Patty bubbles happiness. She farts a little happy tune. Her burps form a fuzzy cloud of cotton candy. She thinks our mediocre college is the "greatest!" She thinks her students are worthy of the Ivy League. She thinks one day we'll be recognized as the "finest liberal arts college in the country," even though that's absolutely laughable. She has this blind self-confidence in herself as well. "My students are in love with me," she says. She stops in my open door sometimes after class, breathless, and says, "Oh my, we had the greatest class. The little darlings were laughing hysterically when I told them about [dull as ditchwater story about her trip to Italy].

Forgetful Fiona: Our esteemed chair. Fiona's actions might seem to some Machiavellian, but I think she's just stupid. She promises the same classes to the same people often. In my first semester here I walked into a classroom where another professor had set up shop - TWICE. She's no better than Dina at keeping paperwork you give her, so it's almost like throwing it in the roadway. You will occasionally see her racing through the hallway at 10:30 am trying to get to her 10 am class - which she's forgot about. I've seen the Dean outside her office door for a meeting, but she'd gone home for the day. But she's so pleasant about it. If I had the skill, I'd cultivate some of her ability to escape sanction. She just shrugs and offers the lamest grin when she's fouled up. "Oh, dear," she says. "Was that supposed to be today?"

Quit-Already Quenton: Quenton gave up on the profession in the 80s, and he'll tell you all about it. It doesn't matter how bad your class goes, or how stupid your students are, Quenton can top your story for you, and doesn't hesitate. He thinks our college sucks. He thinks the President is a layabout, spending too much time on campus when he should be "out there," bringing in better students. He was a breath of fresh air when I had my first bad semester here, but he's worn me down with his endless and creative stories about how the "profession" ruined his own chances to be a great scholar. "I had so much potential, but the grindstone broke me." It's "grindstone" this, "grindstone" that. I don't even think he's using it correctly. It seems to mean that the world has worn him down. Everything's the grindstone to Quenton, students, colleagues, the Dean, the President, scholars in his field. He's got at least 15 years to retirement, and I suppose he could get worse, but I don't see how.

Weeping Wendy: I became a mentor the day Wendy arrived in our department. The only person junior to me here, she's about as emotionally developed as a 12 year old. Her first crying jag came during her first semester. She scurried into my office, closed the door, and wailed for the better part of the afternoon because of the "disrespect" her students showed her. I was able to suss out that they'd asked her a question - end of story. She bawls at convocation and graduation. (It's all too much for her.) Some people I know think she fakes it for sympathy and attention, but I've seen her doubled over, her body racked with spasms. She's had several "love affairs" in town since arriving here. Each time the man has broken her heart, even if they only dated a couple of times. There was the guy she met at the grocery store (a manager) who didn't tell her that he had been married once before (they'd had ONE date). There was the guy who apparently gave her the impression he was a bank manager, not a teller. There was a guy from a nearby town who claimed she was clingy. (In my office she bawled, reached out across my desk toward me, and said, "I'm not clingy, AM I?")