How Close is Too Close? Oden from Oklahoma Wonders About BFFing Your Students. 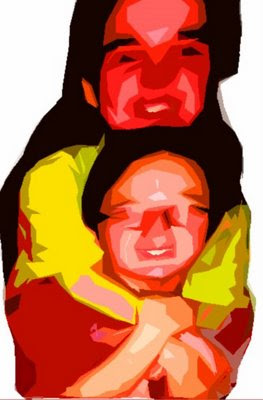 I read with real delight the recent Katie from Kalamazoo madness, (and the excellent Lakeland Lex smackdown), because she's the type of professor I hate the most. The arrogance in every line of her post just flabbergasts me. What color is the sky on her planet?

Now, mind you, I love teaching, love students, but am not deluded enough to get to the "place" in Katie's world where I'm hugging and crying with them like they're BFFs. But I have colleagues who do get there, and I'd like to try and discourage them from that sort of insanity.

I don't know the age range of the RYS readership, but surely some folks remember proffies from their own college days. Were you hugging back then? I wasn't. There was a respectful distance between professor and student, and it made sense. The informality and "friendships" that spring up are - in my eyes - a deterrent to any real work being done. Now, if a prof is in the business to assemble a little coterie of sycophants and child-replacements, well then that's part of the problem right there.

So, I sometimes find myself cruising other academic blogs (sorry, RYS, but you aren't my only *love*), and I came across a Katie-Klone droning on about one of her own students. And while the post was fraught with "real" feeling and "real" emotion about the important "scholarship" the adult and the 19 year old were able to do "together," there was something so horribly wrong about the blogger's language.

I may joke about the topic, but I honestly think that some sort of intervention is necessary for someone who writes the following. I've anonymized the text to make it difficult to track down the unfortunate writer. I truly don't want to single this professor out; I want to shine a light on the whole idea of desiring these emotionally-drenched "friendships" with students, especially undergrads. And a further note, there is not even a hint of any sexual inappropriateness in the original text. I know that a cursory reading of the text might suggest that, but the female professor who wrote the text below is married and has the requisite photos of a sandal-wearing neo-hippie husband and their melange of kids, cats, and a minivan. There's something way more untoward involved below than just your run-of-the-mill crush on a student.

I love her. Seriously, we're true friends. I know it's strange, because I'm a professor, and it could be weird for some, but this is real. She's not just any old undergrad. She's someone I'd want in my own "crew."

While we were working on her last essay, I could tell the heavy editing and criticism I was offering was really hurting her. I saw how she felt and hugged her. She hugged me back and I nearly cried. We spent another hour and half in my office talking, some of it about the work, but really it was just two friends hanging out. She agreed to come over to my house the next night to continue talking about her progress in the class, but also for dinner and some wine.

At first I think she was worried about her grade, but when she realized that she was about the best student I'd ever had, and that I was really just getting involved because I wanted her work to be as good as it could be, we just went to a whole new level of understanding. She's so amazing, and she tells me the same thing about me.

This is why I teach, I think, not to be a famous scholar, or to teach at a bloated Ivy, but to help my students become what they can be. I've loved taking her to a place to which she never dreamed she could go. And inviting her into my own private place for wine and talk is the ultimate prize in my career.