Mark from Macon on The Quality of Mercy.


So there you have it: the difference between passing and failing in my subject is a cartoon of Russell Crowe killing a lion. Would your readers think I discarded the academic integrity of my discipline, or was it a justified and merciful decision to give a student the benefit of the doubt?
-from RYS, April 20.

Merciful? Perhaps. Justified? How would one justify it? 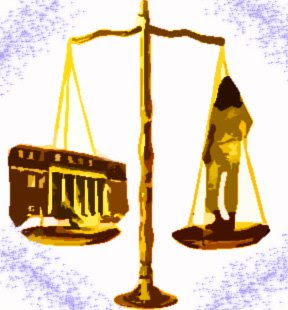 There is an argument to be made for each. But there is also an argument to be made against each. What seems to me important in either case, and from an institutional perspective, is that how we treat each individual student be how we would treat all students. Otherwise, you leave yourself open to the charge of being arbitrary (what principle could you adduce to justify raising this grade, and not many others?), or engaging in favoritism. If you went back and dug for points for this student, why not all the other ones?

And what would you say to them if they asked you, Why not me? As importantly, what would you say to an administrator who asked, Why them? One can, as Portia might well do, respond with something like the claim that justice isn't just about rules, or pounds of flesh. But unless one is actually as wise as Portia, one is going to run into difficulties.