Edna from Evansville Stands Up But Falls Down. Big Fuckup Redux.

There’s one moment that stand out so clearly that, looking back now, I can’t believe I did it. It’s a two hour class. One hour in a classroom, one hour in computer lab. My goal? Make ‘em write good. At the beginning of this particular classroom hour, I’m dragging stuff out of my carry bag. At the back of the room is Annoying Annaminsky, the international student who was a thorn in my side from the first moment she said ‘I’m international, what this mean?’ and her sidekick.
Having been absent due to a school sponsored function the previous meeting, AAsky has had a scowl on her face from the get go because it has become evident we have veered from the syllabus into an area the rest of the students found more interesting so I can, in a desperate attempt, get ‘em to write gooder. As I pull my precious white board marker from my bag, Annoying Annaminsky says “there is homework.” I look around the class and see blank stares. I hadn’t given the assignment embossed on the syllabus. Annoying Annaminsky and her sidekick glare at me because, obviously, they have done said homework. As I try to explain that the points we’ll be getting for this will be based on the paragraph we’ll be writing in just a few minutes, and AAsky and SK are not pleased. They glare throughout the hour. 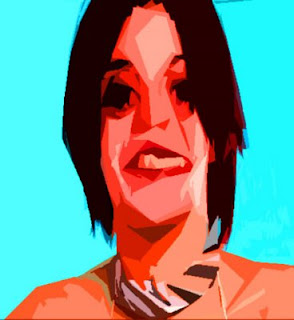 At the end of the hour, Annaminsky makes her demand. “I should get points for homework.” I’m already packing up for the move to the writing lab, and I say…and here’s the Big FU…I’ll look at it and see what I can do. I can probably give you some points.

Fast forward. The semester has ended. Annoying Annaminsky has received, you guessed it, a B. She appears in my division chair’s office. I assume it has to do with her good but not excellent final exam essay which kept her from the A she told me she wanted all semester. I am summoned. As the discussion progresses, I’m accused of: forgetting 5 extra credit points I said I’d give; being prejudiced against second language writers because I wrote ‘these are common ESL errors – keep working with the tutor’ on one of her papers; not staying with the original syllabus and not calling each student personally when the syllabus changed; and, you guessed it, she should have gotten 20 points for homework because I told her I’d give them to her.
I’ve forgotten all about this. No matter what, she isn’t producing A material, so I won’t budge. I hold my ground, she got a B, not an A, because I’m in a great place where admin actually backs faculty, but there are hours and hours I’ll never get back tied up in listening to her apply the three years of law classes she took before she came to the US. I’ve been cross-examined before, so I knew how to hang on, but I kept thinking…what if I’d just said “No.” My division chair only says “it’s okay. Just try to be clearer about points, okay?”
Who knew that a side comment, meant only to shut someone up, would result in this kind of shakedown. On some level, she was probably right. I, however, wasn’t going there for no reason other than I really didn’t like this girl, her pushy attitude and the way she continued to come at me as if I owed her something. A slightly different attitude, and I would have folded, admitted my mistake, and given her the grade she had probably earned. She remains at the college, as far as I know, so I’ll run into her again, even if I try not to. Our biggest mistakes don’t go away.