Angry Archie from Allentown Dusts Off the Wiki Generation.

Archie, one of this year's convention correspondents, is off to a big convention in a frozen solid city somewhere. But on his way he's filed this wacky wiki post that we'd like to share with you. We think we're in love with him. 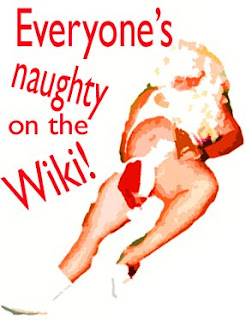 Raise your hand if you know about the Job Wiki. If you don’t, check it out: it is an unguided tour through the rocky shoals of upper-division snowflakiness. I discovered the thing because some of my grad-flakes mentioned it to me. Big mistake that was. Don't they know never to let their flake-flag fly in public?