Plainsman Phillie Warns Against Being Too Pitiful to Peer into the Pines. 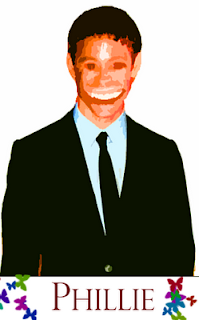 I'll agree with Dana that some of the responses to Dale were less than lovely. But, honestly, Dana, the death of your ideals? Just because some, or even most, of your students are half-wits and slackers? I wholeheartedly endorse your dream that higher education can change people, but I can only put down your disappointment in the reality of being an educator to the malaise of modern society, that insistence on instant and total gratification that makes us loathe our snowflakes so much. Seriously - your student body sucks? Aw, who'd have thought THAT?
You mention you were transformed by higher education - as were, I'm sure, many of us; didn't you ever pay any attention to the people you were in school WITH? Were most of them "transformed"? I'd bet money - and since I'm in the Humanities, you know how serious I am to make THAT offer - that they weren't. Moreover, I'd bet that you knew even then that many, if not most, of your classmates weren't getting from the experience what you were getting. So why did you think it would be any different from the other side of the desk? If I get one kid a semester who winds up a little more enlightened after taking my class, I feel pretty damned good for having beaten the odds.

Honestly, if you come into this profession thinking you're going to wave your chalk and/or whiteboard marker and get a scene from an overrated Robin Williams movie, you deserve your angst, just as much as the snowflakes who think everything they want and/or need will be handed to them on a silver platter deserve theirs. This isn't an unrewarding job if your standards are realistic. Make some kids turn some stuff in on time that doesn't suck, so they can learn that it can be done. Period. That's it. Being some student's inspiration? Gravy, purely a lagniappe - not something, in other words, you should be expecting.
Hell, even if you do wind up giving some student a warm fuzzy and inadvertently changing his or her worldview, who's to say you'll even know? My advice to both Dale and Dana is to scale down the pity party. You're missing the forest for the trees, here. Do you, each semester, manage to improve, even if only marginally, a handful of kids' grasp on your subject matter? Well, great - that's all you're here to do and all you can reasonably expect. And, let me say in closing, it wouldn't hurt to ponder for a moment if your students' generally bad attitudes might have something to do with the sad sack at the head of the class, standing there giving off waves of self-pity, 'cause some of us, even those of us with less-than-stellar student bodies to work with, are still doing okay overall in terms of the snowflakes' attitudes.