I was teaching Plato’s Apology to my students last week. Well, actually, I wasn’t teaching. I’ve been demoted. Yes, you see, I was an adjunct lecturer before, where at least I had my own class. Now I am an adjunct instructor, which means I am overglorified TA. So the Professor gets up and gives the pitch to the 400 student avalanche, and I get my little recitation / discussion / whatever you call it group of 20 snowflakes. So in addition to losing my health insurance, I have also lost, more devastatingly, any creative or intellectual control over the course material, the content or the way in which it is taught. Now I am just a hired goon. I go to the poor urban public school across the way, so this, coupled with the fact that I am a TA, leads the fancy kids at the rich private school where I “teach” as being one step up from the janitorial staff they never see, but whom they so blithely disrespect when they leave their garbage all over their immaculately wrought classrooms. 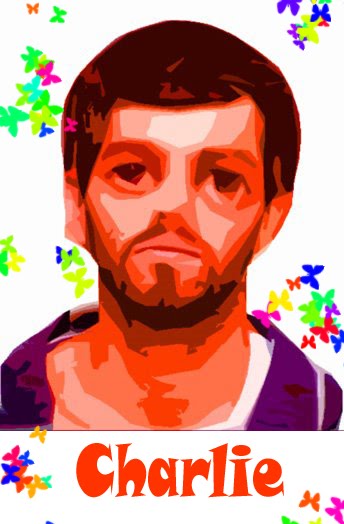 But Socrates was poor (well, by the standards of Athenian citizens). And I have proven myself willing to endure a sort of poverty in order to pursue wisdom myself and to try and help others find it too. I am, after all, an adjunct. And when they asked him, after putting him on trial and convicting him, what he thought a fitting punishment would be for “corrupting the youth,” which he considered nothing less than providing them a moral education and a means for living an life of virtue and self-examination, he asked to dine at the public expense, the highest honor the state could give. Instead they gave him a shot of hemlock.

I watched / listened to the professor give a fancy power-point lecture, listened to the professor discuss Socrates’ rhetorical strategies, listened to the professor discuss the Socratic method and the elenchus, the political backdrop to the trial and everything else about Socrates without ever mentioning that he wanted nothing more for the Athenians to live virtuously. And when he asked what reply he would give to someone who asked him“are you not ashamed, Socrates, of a course of life which is likely to bring you to an untimely end?” he said “To him I may fairly answer: There you are mistaken: a man who is good for anything ought not to calculate the chance of living or dying; he ought only to consider whether in doing anything he is doing right or wrong - acting the part of a good man or of a bad.”

What is the purpose of what we are teaching? I frequently read posts on RYS about people who claim they are there to teach a skill, nothing less, nothing more. To me, this strikes at the very core of what the Humanities, as bequeathed to us by Socrates, Euripides, Thucydides et al sought to do. The tragic poets considered themselves nothing less than teachers of Greece. And Thucydides believed his work would be a lesson whose value would only increase over time.

I no longer conceive of the role of my profession as being one of teaching facts and figures, of teaching history or literature. I no longer care if my students can distinguish between a tragedy and a novel, whether they know whether or not Greece came before Rome. Maybe later, maybe in higher level classes. But first, we have to teach them how to think, how to live an examined life. We have to teach them that virtue, in whatever way they define it, is more important than money or power of fame. No one else will teach them that. In the Gorgias, a dumbfounded Callicles asks Socrates: “If you are in earnest, and these things you’re saying are really true, won’t this human life of ours be turned upside down, and won’t everything we do evidently be the opposite of what we should do?” And, though Socrates never says so, yes, it should. This world needs turning upside down. This world needs a gadfly like Socrates to irritate it out of a self-destructive complacency, a self-congratulatory righteousness that preaches we all take as much as we can and leave the rest to fend for themselves. A world in which people assume that what they have is because of virtue, when it is based on random circusmstances of birth—class, gender, race, geography, parents, even time itself.

When I was a teenager, I coached youth soccer and, ironically, it was much like teaching today’s college students: they couldn’t follow directions, they couldn’t perform basic tasks, they couldn’t work well together, they lived in a culture devoid of personal accountability where every mistake they made was someone else’s fault and any criticism directed at them was a personal threat to their own perfection (and their parents’ image of their perfection) rather than an attempt to help them improve by someone whose job it was to help them do just that. But these kids were six through ten, not eighteen through twenty-two. I came home one day, particularly discouraged because I spent all of my time teaching them how to be teachable, to follow directions, to stand in line, when I myself am the least stand-in-line-able person I have ever met. “Dad,” I said, “I feel as though I am socializing them,” and he said, in the only words of wisdom he has ever given me, “Who would you rather entrust the task of socializing them to?” And, honestly, the answer is no one. The bankers? The politicians? The soldiers?

The fact of the matter is this: when we signed up for this job, we signed up for much more than simply teaching them facts. We are responsible for socializing them. We are responsible for teaching them virtue and its value, even when that value cannot be measured. It is a responsibility I take seriously. And in today’s academy, it means being an irritation to the business-model adminsitrations wage slaves and the fundraising athletics-program whores and the crawl-over-each-other-to-get-to-the-top adjuncts and the self-righteous self-satisified tenured professors and the helicopter parents and the students too stupid to know they’re stupid and too deficient in critical skills to realize they have no idea how they could even discover the fact of their own stupidity. That is our job. That is our mission. And when I think of all the opportunities that I have lost because I adhered to that mission, and I think of all the opportunities I no doubt will lose out on because I won’t compromise myself in this way—all Socrates had to do was apologize and promise to stop!—I remind myself of the great man’s words. Nothing matters but a life fully lived, and in each case, I ought not think of my own profit or advantage, I “ought only to consider whether in doing anything [I am] doing right or wrong."