Sal from Saginaw on Working in the Trenches, Virtue, and What It Means to Non-STEMmers Everywhere.


"By comparison, whether one has used a correct preposition or split an infinitive may seem somewhat trivial compared with whether or not one's design has incorporated a sufficient safety factor."

So says Quinn from Quebec, in a passage of most engineer-like prose that sums up the collective STEM (science, technology, engineering, and mathematics) attitude toward the humanities and those who teach them. 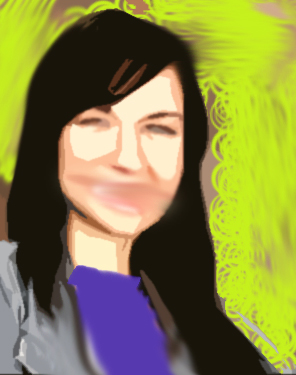 I'm not one of those humanities types who thinks that STEM teachers have it incredibly easy with their Scantrons and such. I have great respect for people who teach things in disciplines that differ from mine. I enjoy great cross-discipline collegiality, in large part because I (gently) foster conversations about the different challenges we all face from discipline to discipline. It's then that I am able to steer conversations toward shared problems and finally toward goals as well as strategies to reach them. It's a sneaky and often undervalued little skill I've developed through years of training in my discipline. (Hint: It's called "rhetoric" for those not in the know. Rhetoric in an informal setting--over, say, an adult beverage--can be even more effective. Including non-work related rhetoric can also prove effective. Just a suggestion from your humble servant in the humanities.)

I currently work at Large Dead-City Community College, where I teach mostly developmental writing, by choice. ("Developmental" equals "remedial," for those not in the know.) For many years, however, I worked as a TA and lecturer at Big Box Midwestern U, where I spent two god-awful years working for engineers. Well, in theory I was working with engineers but that's not how they saw it. While there, I developed a university-mandated, upper-level expository writing class for engineering students, one that earned the very public praise of BBMU's academic affairs office--which meant nothing to my dean in engineering, who thereafter suggested I take his class in course design. I also taught two sections of that class per term, ran a drop-in tutoring center for engineering students, trained engineering TAs to tutor in that center, trained engineering TAs to design and grade lab report assignments, tutored graduate-level engineering students who needed help with writing (and there were many), provided professional development in business and technical communication for all engineering staff and faculty (yes, faculty!), proofread the division's quarterly publication (even though the publication had its own full-time staff), and advised the undergraduate student engineering publication. In theory, every year-to-year lecturer with my rank and pay had a workload of two classes per term, period. My engineering colleagues of the same rank and pay taught two classes per term. Period. I left when my dean asked me to fill out time cards. After I left, they hired two TAs to fill my position and then eliminated it--and then took a huge AQIP hit for having done so.

When teaching expository writing to engineering students at BBMU, the lesson was never about using a correct preposition (except with non-native speakers, of course) or avoiding a split infinitive. The reading and writing assignments were designed to get students to think about their discipline, about their choices as professionals, about how their future work would impact the various recipients of their expertise. (Translation for Quinn: My course was designed to get students to solve problems, think of their works' impact on end-users, and to have a more comprehensive understanding of what happens when their design does not incorporate sufficient safety factors.)

While Quinn and many other STEM instructors do encounter the profound stupidity rampant among today's college students (as Farouk from Fox Hollow reminds us), what Quinn doesn't realize is that as an engineering teacher, he gets to teach students who choose to take his classes; in fact, he gets the cream of the academic crop, if he teaches only engineering students. My engineering students at BBMU were a very bright bunch. They were shocked when they received Ds on their essays after not having taken the work seriously. They were grateful when allowed to revise and rarely made the same mistakes twice. They were, in short, very different from the general student population.

Those of us in the trenches--the vast majority of English and math teachers of all ranks, I'd argue--work harder than most people realize and encounter stressors that many professors of upper-level and elective courses never face. It doesn't make us any more virtuous than STEM folks or others who teach courses for which gen-eds are prerequisites, but neither does it make us any less valuable. It's never about that split infinitive; it's always about teaching critical thinking and clear ways to communicate. With nearly one-third of incoming college freshmen lacking the skills to succeed in college-level composition classes, one-half lacking necessary reading comprehension skills, and more than half lacking the skills to succeed in college algebra, perhaps Quinn and his colleagues should instead thank us trench-level workers in the humanities (and math, although I don't think they feel quite so undervalued) who do what we can so that all Quinn and the STEM teachers have to do when it comes to their students' writing is think about prepositions and infinitives.