"Sometimes a Pipe Is Not A Pipe." Wicked Witchy From Wichita Writes, and We're Just Dank With Dew About It. 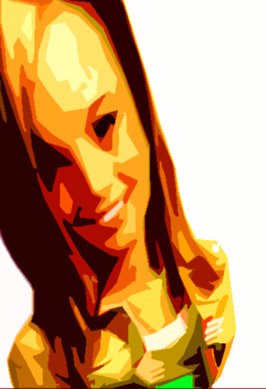 As an attractive, athletically built, meticulously dressed twenty-something, I feel both my (apparent) youth and my womanhood exposed whenever I step foot on campus. At this point, I don't even think twice before whipping out my faculty ID at the Registrar's for fear of being mistaken for a bubble-gum undergrad who thinks that she could submit a "Change of Grade" form without her professor's approval. I am no longer surprised when asked by an awkward 18-year-old on the first day of class whether it be my first time teaching since, evidently, six years of slaving away at Grungy College and seven years of grad school have not aged me at all, or given me the gravitas, fear, or just plain tact that my older, out-of-shape, color-blind, and shabbily-garbed male colleagues seem to inspire. Oh, and then there's the occasional flirtation, especially when this jock, the day after I had ripped him apart in an athletic report, finally realizes that his academic standing might affect his baseball scholarship and makes a feeble attempt at a joke, and we both smile and pretend that this might score him some extra credit.

Don't get me wrong; I don't mind the backhanded ego-stroking. I've read _Dorian Grey_ enough times to have a visceral reaction at any mention of old age or ugliness. But it's not really consistent. I would not be so resentful if all three of my hard-earned hot-chili peppers had not been not'ed and replaced with acute observations about how sadistic I was with my sharp red pen. I would much rather see a comment about the length of my skirt or the girth of my biceps or the flatness of my abs, because then I would know that at least someone is paying attention. Or at least include something kinky and, preferably, with a whip. I am thinking of patenting a new Pink line of dress pants with "Sexy Teach" written across the ass or mid-riff blouses with "I give As for chili peppers" across the rack. I also had the cunning plan of showing a tattoo saying "Get it here," but that might be a little unprofessional, and besides, the allusion would be totally lost on them.

I'm obviously not at all bitter about it. But this time it's not really about me--or, at least, I really, really, really hope it's not about me. I cannot help wondering if, despite my out-of-campus dirty mind and despite all that rubbish about flattery and long legs, and because of the age and the schooling and the slaving, I have become really conservative...?

When I read the first batch of papers this semester about the Chinese _Book of Songs_, I was speechless. No; I laughed, cried, and only then did I hit aphasia. I couldn't even write about it to RYS at the time, but made copies of the most piquant of those specimens in case I ever felt the urge. Tonight, another student paper, this time on Catullus--who actually does deserve an erotic beating, I mean, reading--finally broke the silence. This one was in reference to the wonderfully descriptive word "cocksmen" (all 300+ of whom were, post break-up, banging Lesbia back in Rome) in a raunchy Catullan invective against his beloved; this guy wrote, in a strike of pure analytical genius, that it "means something that is in the line of a man who is well endowed and is equally blessed with the sexual skills to accompany his impressive appendage." Who knew that the term needed a definition, let alone a whole paragraph.

Rousseau connected writing with onanism, "the dangerous supplement"; both involve the summoning of an absent image whose contours, now made present through memory, one can etch out. And drool over. And otherwise get wet. No, no; I didn't immediately think of this particular student's summoning my image as he carefully weighed those family jewels (though that would be flattering, and I was, after all, the reason for his reading about cocksmen in the first place), but somehow he nailed it with the "appendage." I mean, hit it right on the head. Ah forget it.

Once the ball got rolling, I couldn't stop imagining my students as creepy onanists thinking with the wrong part of their body because, really, that would be the only way to explain the crazy shit they manage to think up. "Many believe that modern associations with sex stem all the way back to ancient times," one young woman doth protest too much, and, without any manifest evidence of a (however underdeveloped) superego, I have no reason not to assume that her paper is, like myths were for the ancients in Freud's interpretation, key to her apparently unrepressed psyche. "There is proof in Poem 4 that sexuality was very 'out in the open' during Chou Dynasty. The narrator is a woman who speaks of a man lasciviously and explicitly talks about their sexual encounter out in the open. The line 'the dew makes wet as rain' symbolizes not only the place where the act is taking place, but the state of the sexual organs involved. The narrator also says that she met 'by chance' her lover, making it more than clear that she was having casual sex and enjoying it. The tone of the poem is both lustful and joyous, given the narrator seems pleased with her sexual encounter and ends the poem with the words 'mutual felicity'. Not shockingly both stanzas in the poem climax with a synonym for happiness, 'felicity' and 'joy'." Climax, right. Morning dew is obviously always a euphemism for semen; after all, doesn't it symbolize the ejaculation of a male sky-god all over an innocent female earth? Besides, it is, as my burgeoning Sinologist points out, spoken about "explicitly." But wait; there's more: it paints a wonderful picture of ancient Chinese Woodstock: "This gives the idea that women during Chou Dynasty enjoyed a large amount of freedom in terms of sex."

I'm no specialist here, and, as someone who has spent both her entire academic career studying Western classics, I feel immensely underprepared to teach this stuff (though that is a matter for another verbal outpouring altogether), but I am just not so sure that women during the Chou Dynasty were not only fucking strangers in a wet field all night long but also survived to write about it. Explicitly. Please, somebody, enlighten me! This woman claims that she got her shit online. Written by whom? An opium-eating-sex-crazed moron whose presentist cabin fever led him to (re)imagine the exotic Oriental woman as a downright whore?!

Still, maybe I am the close-minded idiot. Maybe I don't know history. Maybe, after years of interpreting texts and reading queer theory, I am still too normative and just too plain dumb to see that a pipe is sometimes not just a pipe. Maybe my other student, a very quiet young man of Chinese origin might know better. (And yes, I know all about "native informants," and I am too smart to assume any prior knowledge among my students, though also too naive not to expect them to care enough about the material to study it carefully on the off-chance that it might make them learn something about their own culture.) "Throughout the entire poem, the poem stays consistent with happiness because of the speaker's spontaneous encounter with a man. It can be assumed that the speaker is female based on the imagery used to depict eroticism. The setting is in the middle of the night." So far so good, I guess. I even forget that both of my classes thought "to court" meant "to have intercourse with." Everything is about sex, right? But why am I so bothered (baffled? hysterical?) when I read that "[t]he [female] speaker uses a metaphor to express the woman's vagina: 'Mid the bind-grass on the plain / that the dew makes wet as rain"; or, that " [e]rotically thinking, it is easy to imagine the plain as a woman's vagina. Bind-grass is a type of flower, and flowers are a sign for women. The speaker became happy when she met a keen men by chance. The 'wild grass dank with dew' can be metaphorically represented as wet pubic hair, hinting that the speaker and the man engaged in intercourse throughout the whole night." Poem 7, of the same pornographic _Book of Songs_, traditionally said to have been edited by horny old dude Confucius, is read in a similar light with yearning represented by the girl's gift--a red flute--which, obviously, represents an "erect penis," because the Chou Dynasty was so incredibly (un)repressed that every single word they uttered must have been a euphemism. Or, perhaps, it was Arthur Waley, translator and renowned Sinologist, who was so incredibly (un)repressed? Fuck. I am now really tempted to read his influential translation of the _Monkey_ (also Journey to the West), since, having reread my students' comments and reevaluated my theoretical blindness, I am sure this book must be a pretty saucy tale of bestiality; in fact, I might have to spank one myself when I finally get my hands on it.

And this is the crazy shit I think up while grading my students' work. Erotically thinking, thank god I don't have to write a paper about it.