Fulton from Foxborough Tells A Precious Tale of Daughter & Daddy. Either the System Works You Or ... Well, You Know the Rest. 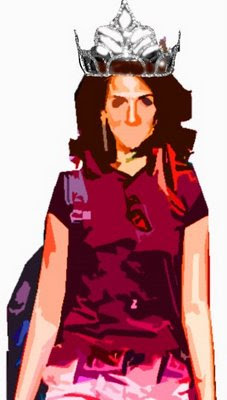 So over here, job-hunting season for our seniors peaked a few weeks ago. Just in time for my first midterm. I teach a class with mostly seniors and the course is quite directly related to many of the jobs they’re trying to land. I would have thought that would have been sufficient to engage them. Of course, I’m utterly full of shit.

One of my snowflakes told me she was having trouble studying for the midterm because she’s been so busy prepping for interviews. I ignored the obvious point that there was a lot of overlap between the two and referred her to the syllabus. I put on the first page of the syllabus (and note quite explicitly on the first day of class – yes, she attended) that I don’t give make-up exams and I’ll put the weight on the final if they miss a midterm. This has saved many grandparents’ lives. I figured that was in fairly understandable English. Yes, I’m still utterly full of shit.

So a few days before the exam, my snowflake’s father emails me with a lovely tale of woe. His offspring has been working so hard getting ready for her interviews that she’s managed to get sick. It appears she’s rather prone to contracting mono. I did restrain myself from speculating as to how that could happen. I might have gotten in a little trouble if I had suggested she get off her back or knees once in a while. Not only did Daddy Dearest suggest I give a makeup, but he was kind enough to suggest I give it to her during my other section of the course. It was pretty interesting that he knew my teaching schedule. He either spent a fair amount of time rummaging through my university’s web site or Daughter Dearest was doing a wonderful job dictating. I told him the same thing I told the daughter.

So she blew off the exam. OK. As it turns out, she had an interview an hour before my exam. Despite her terrible illness, she managed to attend the interview (I knew that because I knew the interviewer – a former student of mine). The student wrote to express sorrow at being unable to make the exam. I wrote back to express delight at her being sufficiently recovered to go to an interview on campus a mere hour before the exam. The irony of that seemed to elude her. Something tells me she won’t have a lot of fun on the final.

I’m pretty glad Evan Williams by the jug is inexpensive.