Anyone teaching on a large campus the last handful of years has witnessed a slow immigration of orange skinned youths with inhumanely white teeth. These artificially tanned beings dress in the latest suburb-appropriate fashion, not a hair is out of place, both the male and female of the species are denuded of body hair, and they all emit the same mass produced scent. 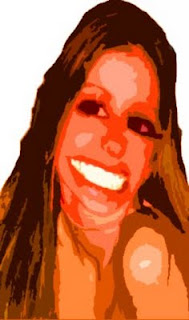 Last evening I met with a long lost friend and made the mistake of agreeing to do so at a bar near a suburban mall. There I witnessed an amazing thing—I had found the oompa-loompa breeding ground. The place was packed with the soon to be, if not already, divorced parents of the orange youths. These fifty-somethings-on-the-make were also orange and white toothed, and dressed and smelled the same as their offspring. They appeared to be oblivious to their own grotesqueness as they actually preened and puffed-up their chests to attract a mate. From what I could gather of their mating ritual, possession of the latest consumer products (automobiles, big screen TV’s, and breast implants) was the most critical factor to a successful coupling.

I am currently reading "Mr. Jefferson’s Lost Cause" by R. Kennedy. The author discusses Thomas Jefferson’s rhetorical acclaim of the yeoman farmer, the middling-sort of his time. Jefferson professed that they were the backbone and “pride” of the republican nation. (Kennedy goes on to argue that is was all talk, that TJ actually pursued a course of action that fostered plantation-slavery over an independent yeomanry.) Be that as it may, it all has me thinking about this new, post-modern middling-sort.

One tenet of post-modernity is the rejection of Platonic metaphysics, with its dualism of surface and underlying substance that has defined western thought for two millennia. In the post-modern era everything is superficial, behind every mask there is only and always another mask. “What you see is what you get!” Scholars no longer search for some underlying reality; rather they have become adept at reading surfaces.

The post-modern middling sort is as it seems. There is no soul, no intelligence other than the craft and cleverness requisite for the acquisition of consumer goods. They inhabit a suburban world of mall and mega-store culture. Every aspect of their identity is “mega” from their mega-screen TV’s and mega-SUV’s to their temples, the mega-church. And life is best lived at one remove, via the electronic glow of a cathode-ray tube, or I should be more “with it” and say via LCD or plasma. They even like their wars to be mega- and at one remove, remember “Shock and Awe?” Since no one really wants to have to actually go fight a war, they hire private contractors to do it for them. (They don’t even know what “Blackwater” was or that it is now Xe.) Every aspect of their lives is mega- and easily purchased. All of this is readable from their surface; on their teeth, hair, clothing, and their skin. That artificial orange color speaks volumes. Time again to swing wide-open the doors of the academy, the oompa-loompas are coming to increase their human capital. How else are they gonna pay for all this cool stuff?

Due to their sheer numbers, these orange people are still the backbone of the nation, but who today could assert, even as a rhetorical flourish, that they are our “pride?” Eeeeww, that’s just gross!