Angry Archie Arrives To Settle the Score on Salaries, and Why There's Rarified Air Above those Stinky Adjuncts. 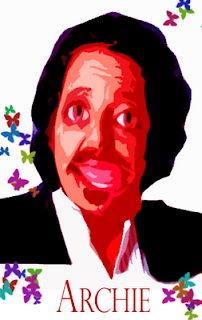 OK RYSers, I have one question for you: what the fuck? And I’m not talking about all the people who wrote in to tell everyone else their salary. That’s just bad taste. No, I’m talking about the reactions to yesterday’s salary dump.

Let’s start with the people who thought others were lying about their six-figure salary. What rock have you been sleeping under? And it ain’t just the wankers in the professional schools either like one respondent suggested. I know some literature professors who make north of the two-fifty line. So if you didn’t know that many of your colleagues are making four or five times your salary for basically the same work, then you haven’t been paying attention.

Then there’s the guy who couldn’t believe how little the adjuncts got paid? Again, where have you been all these years, shit-for-brains? And as for the wise old tenured mentor who tells them to “just refuse the number” I’d like to ask that jackass what good that would do when there are fifty other unemployed Ph.D.s waiting in line to take that number? So, sure, they can refuse the fucking number, and watch while someone else takes the classes. At least they’ll have their pride right? What a fucking tool!

People ask me, “Archie, why are you so angry? You have a great job at a great school in a great place. Where’s the problem?” Well, the little salary discussion really wrapped the problem up in a pretty little package. This profession is full of fucking shit, and the salary dump brought it all out. Let me go out on a limb here and guess that the majority of the respondents were good-hearted people with the proper kind of left-leaning politics that most hyper-educated bozos share. You probably don’t like to shop at Walmart because of its union-busting practices, and you wouldn’t be caught dead drinking a non-fair-trade latte, right? But you are shocked to find out that there is exploitation going on here! Here’s a hint for you about what’s going on in our little corner of the world: Walmart could learn a thing or two from you, Mr. “just refuse the number.”

Let’s review for a second. How do you think you got your 2/2 load? It wasn’t because of your supreme meritoriousness. And it isn’t a birthright that those of us like you and me who have the good fortune to teach at good schools enjoy because we are oh-so-fucking-special. It is actually a fairly new development in American higher ed. The administrations went to the faculty and said “you are such wonderful shiny research machines, and we’d like to reward you for being so utterly super. So here’s a 2/2 load, and we’ll just go get some desperate unemployed person to pick up the classroom slack for you.” I mean, what could be better right? Except that then the administrations said to the departments, “oh, that tenure track line, you don’t need that anymore right? I mean we have all those happy adjuncts to teach those classes now.” And the departments said nothing, because they were happy with their 2/2 loads and their research budgets. It was a Hobbesian social contract. Once the departments subscribed to it and accepted the new order, everyone who came after was bound by the new order forever more.

So this is the ugly fucking truth. You, me, all of us, we get to live the vida-fucking-loca on the backs of all those desperate suckers who just want to get their foot in the door and will accept wages a supermarket cashier would spit at because they believe that somehow if they just suck it up and eat shit for long enough, they too will get to ride the tt train. But we don’t acknowledge this, because it would break our little leftist hearts to do so. And what’s more, our refusal to acknowledge what is happening is going to result in our own extinction. If you don’t think that this is all leading to the elimination of tenure and full-time positions at all but the most elite schools, then you are in for a serious surprise. Keep fiddling, motherfuckers, because Rome is already half-burned.

And here’s the real kicker. This state of things leads to little shit-lickers like Ivy and his pal Gonorrhea, or whatever her fucking name was, saying “teaching is for losers, and I’m too good to do it.” Two months ago this pair of short-strokers was getting reamed by their advisors and everyone else in exchange for some miserly little grad stipend. Now they got some shit-job at Ozarks mining college and suddenly they’re too good for all that? I mean Gonorrhea had the audacity to say she just handed it off to her “assistant” so she could get one with the real work of research in her “narrow but incredibly important” field. I guess it’s true what they say, if you want someone to really crack the whip, just hand that motherfucker to one of the subalterns and watch the blood fly. They’ll turn on their peers like no one’s business.

So blame the president, the legislature, the football coach, and whoever else you want. Just don’t blame yourself, because that would be too much like fucking honesty. Why is Archie angry? Because this profession is full of self-deluding assholes who are enjoying the view because they are standing on the stacked cadavers of a bunch of failed gradflakes and freeway adjuncts. The breeze smells fresh up here fellas, just don’t look down.