Mid-Career Mike Checks In And Ruminates on Kinds of Ambition. 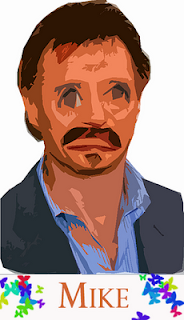 I don't know what it is, but ever since making the move south to Florida (and its impossibly wonderful climes and breezes along the water), I just can't get revved up like I once did about my career.

Don't get me wrong. I made a move this past year here to Soda-Pop College, and I'm glad I did. I've had a blast meeting and getting to know my new colleagues, and I definitely will be working on some classes and projects that are a step up from where I was.

But I also had one of those dreaded birthdays, you know, the ones that end in zeroes. And, shit, so it's a career, and I'm happy to have it. And I do a great job at it. But if my buddy Stewie Standout is at MIT and I'm not (and he is!), well who cares?

It used to bug the shit out of me. And Stewie was just one of my grad school pals who went HIGHER and FURTHER than me. It used to eat at me. I had such terrible envy that I skipped a little get-together the rest of them had one year. (What a pissy little toad I was.)

But now I've got this little place near the beach. My college is NOT MIT or anything like it, but who gives a shit? I met some students in a summer colloquium. They're great kids. They probably score 500 or so on the Math portion of the SAT (if the school's stats are right), but I'm going to teach them like a mofu this coming term, and they're going to make progress like you can't believe.

My buddy Stewie? Well he's about my age, too, and maybe he never did give a shit that he was at MIT and I was at Rural Raccoon College. That would make him a better man than me.

But the good news is I'm looking forward to the semester, glad to have the gig. My ambition is not to get out of here and up! My ambition is to do a great job at the place I call home.