Where Madison Gets One More Lesson.


Sorry, but I can’t help extending the Madison Madness. Since we haven’t heard from the employers for whom Madison’s students will one day work, I’ll just put some words in their mouths. Here’s what I think they may be saying to each other: 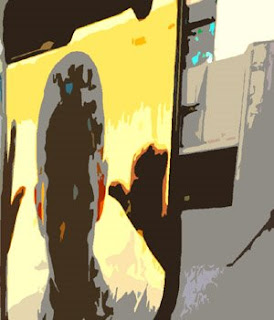 “Doesn’t anyone remember what it was like to get your first job?

“Don’t you remember the excitement of being on your own, the fascination that came from time to time when you had a ‘light-bulb’ moment in your cubicle, the realization that you could surf the internet whenever and for whatever you wanted? (Until you downloaded that trojan. Oops!) And what about That Event, the thing that suddenly showed you why you had to stop sleeping through meetings and scraping together last minute poor excuses for work, the thing that ultimately led you to management?

“I cannot understand why you take embezzlement personally, or absenteeism personally, or sleeping in the break room personally. I remember having to choose between working and sparking a spliff, and being dead jealous of all my friends who could go out. Sometimes I went with them and winged it at the presentation. I never made those choices because I thought my female bosses were too female, or other bosses were too short, or whatever you guys are so nervous about.

“As a boss, I give extensions if an employee is willing to ask before the work is late. I give as many paid vacation days as they want, as long as they contact me before 8:00 a.m. I feel it rewards those who know they will be doing other things, rather than those who sleep in. As a result, most of my employees don’t bother lying, calling in sick when they’re really going to party. And the few who do regret it when I remind them that all they needed to do was e-mail me before I had finished my coffee; even an instant message is okay: ‘sry. 2 drnk 2 wrk %*} lol.’

“Employees will always push their boundaries. They’re young. It’s what they do. I don’t take this testing of the authority waters personally, and I give them second chances that don’t involve my dedicating more time. I change due dates at the last minute so that workers have an extra two days to take that piece of crap and turn it into a two-day-older piece of crap. I listen to the cock-and-bull stories about sick children and interpret them as, ‘I screw around a lot, but you don’t appear to know the difference. Please let me work through this. Plus, my rent is due next week.’ And as a result, instead of finishing the work, they learn a goddamned lesson. But you know what? My job is. Er. Wait a minute. What IS my job?

“Well, anyway, getting personally insulted that they didn’t follow my instructions, or company policy, or state or federal law, or even basic common sense? NOT my job.”