Ewan from Evansville On Gradflakes, Gossip, and Humanity. 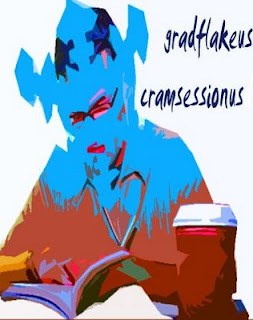 Ah, man. I thought that graduate students like myself were going to dodge the shots being fired in the proffie-snowflake wars, but then those two gradflakes had to show up and ruin everything.

I'm going to go out on a limb here and guess that the grad students in question have never worked in an office--or even retail. Don't they know that finding out dirty secrets about one's co-workers--i.e.,gossip--is one of life's greatest pleasures and one of the only ways to climb the career ladder? Not only does gossiping go a long way toward replacing the novels and TV shows that grad students shouldn't have time to consume as a source of cheap entertainment, it is also, as Bitchy Bear suggests, an early warning system.

The other two scenarios--the partner in the hospital and the usually close-lipped proffie who starts talking about his dying pet--are not"oversharing", dearies. Finding out that a professor's husband/wife/fellow cultist/whatever is in the hospital is a clue that you should a) make sympathetic noises, b) buy and send a sympathy card, and possibly c) volunteer to do something nice, like order flowers or stop whining about conference deadlines. Even in the most cutthroat law firm, you'd at least say "I'm sorry to hear that." Learning that little fact might even explain why the proffie only read the first five hundred pages of your dissertation draft. In the second scenario, you're being let in to the private life of an obviously private person. Sure, a dying pet is not (automatically) in the same league as the wife-in-hospital scenario, but it's clearly meaningful to the proffie, so you should again be sympathetic and humane.

Anyway, gradflakes, I'd like to thank you for confirming the stereotypes that all grad students are self-obsessed, vain, and insular jerks. How else are we supposed to interpret a line of thought that says "What does that mean for me?" is a justifiable response to another human being saying that something bad is happening in his or her life.