Does Anyone Know How to Interview? Ten Mistakes from Yesterday's MLA. 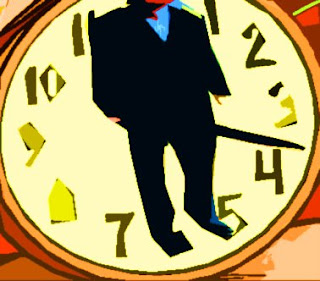 We had ten interviews yesterday for our asst. prof position in English/Creative Writing. The job ad says the teaching duties are 2 comps, one 400-level seminar in the candidate's field of specialty, and one intro CW class. We had more than 150 applications, from which we've set 20 interviews for MLA (although two opted for phone interviews instead because of costs.)

This is my second time on a search committee, and I was baffled by some of the things that happened. Back when I was in grad school (in the wayback of 2002!) my grad mentors gave me some hints and tips about the interview process, something our group apparently never got.

I could do pages of mistakes, but here are my favorites:

Candidate 1: Admitted that teaching was relatively low on his priorities. "I really don't want to lose the momentum I have in my own work." Also apologized for arriving at the wrong time becaue he assumed the time we set for the interview was his local time, not the time in San Francisco.

Candidate 2: Said he didn't read much contemporary fiction because the major presses only published "populist fops." Our search chair (and MFA chair) has published 12 novels with major presses.

Candidate 3: When asked about working on our magazine (which is nationally distributed and mentioned as a duty in our ad), said, "I think there are too many literary magazines already."

Candidate 4: When asked if she had any questions for us, asked, "What time zone are you in?"

Candidate 5: Admitted that although his vita lists CW teaching over the past year, neither class actually made, but he did have syllabi if we wanted them.

Candidate 6: Asked the chair how close he was to retirement.

Candidate 7: When asked about his most current writings, said, "I have an idea for a new sort of short fiction, but I'm waiting to find out about patenting the forms before sharing it with anyone."
Candidate 8: Brought out a banana and a yogurt (with metal spoon!) mid-interview, and said, "I have an interview right after this and no time to eat. Do you mind?"
Candidate 9: Told us that one of the reasons he was so interested in our job was because of how close we are to [Big City], which I later Googled and found was only 490 miles away from our city.
Candidate 10: Came one hour early, explaining that he'd never been out of "NYC," and couldn't find a clock in the hotel showing local time. Also asked if he could substitute his comp teaching for graduate courses in fiction.
Can't wait for tomorrow!! To be fair, candidates 3, 4, 6, 7, and 8 had pretty good interviews, otherwise.