Arnost from Amsterdam Reaches Across the Atlantic for Advice. 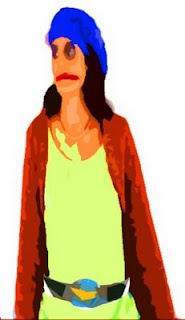 A fair number of students have proven challenging across my years of teaching, yet few in the particular manner of my MA candidate Sophie.

Sophie is delightful yet unable to do herself justice academically. On the one hand, she is warm, kind, witty, generous with the other students, and highly intelligent - brilliant, I would say; she has offered original ideas even at this stage. Truly, she has a magpie's mind and can be disarmingly insightful.
In addition, she moved from America to Amsterdam on her own initiative and means, faced considerable stumbling-blocks with courage and resilience, and often when we speak I may as well be conversing with a peer. However, she seems incapable of submitting her work on time, though I have pleaded with her even to compromise her standards should it mean meeting a deadline. Once Sophie asked to meet with me so she might apologize for having completed an important essay several days late. As the essay would have received an A had she not been penalized for lateness, I asked if something had perhaps happened to preclude punctuality. She responded in the negative, saying she simply could not organize her thoughts, and so it was right she received the penalty.

I admire Sophie's integrity but it is evident all is not quite well. I can see how terribly she feels for failing to meet deadlines. At times she appears rather pale and drawn. She is also markedly, even painfully, thin. I know she is currently grappling with difficulties, though I am unaware of their precise nature, and I realise I can do nothing apart from encourage her substantial intellectual gifts. Yet I cannot help but think, What a pity. She could bring such gifts to the discipline should she pull herself together - and she desperately wants to do.

How do others encourage students such as Sophie?