Nursing a Grudge Against A "Student Satisfaction" Dean. 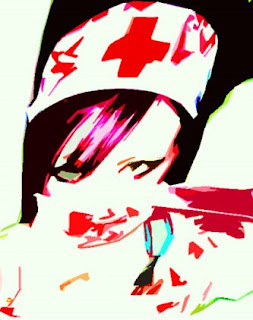 What bugs me the most? Administrators who have forgotten what it's like to teach and the students that they coddle.

A pre-nursing student, Negative Nancy, failed the prerequisite class for nursing school. After whining and wheedling endlessly to no avail, she pursued a grade appeal. After the appeal board reviewed her case, which included copies of her 40/150 scores on exams, she was denied the appeal. In fact, she was recommended to go back and redo the prerequisite to the prerequisite. After she lost her case, her Daddy (who is an adjunct at the school) called to try and convince me that "She tries so hard and will make such a caring nurse!"

When Daddy's pleas fell on deaf ears Nancy and Daddy went to the Dean of Student Affairs.

The Dean then tried to pressure me into changing the F to a C (gasp!) because "they made a compelling case for her passing" and "in the interests of student satisfaction we should make sure she can pursue her dreams." Ummmm...no. I am the dream quasher. Call me the Simon Cowell of pre-nursing. If you don't have the brains and talent, you don't get to go on. Isn't that what a prerequisite is for? Did the Dean know that she appealed her grade? No. When he found out did he change his tune? No.

So, her grade remains and she'll have to retake the course with a different instructor (for student satisfaction, of course). The Dean, however, believes in Negative Nancy SO MUCH that he wrote a special letter of rec for her so her F would be mitigated. He's also making a call to Admissions of the nursing program. How nice. The Dean thinks that based on his half-hour interaction with Nancy she should be a nurse. Regardless of the fact that she doesn't know her ass from her elbow.