Not EVERYONE Should Go To College. One of the Great Unfixables.


One of the most overwhelming problems in American academia is the fact that at least 50% of the "students" enrolled in American colleges have absolutely no business being there. This is the result of the counterproductive myth that everyone needs and is entitled to a college education. 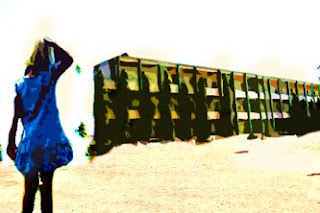 I'm sure there will be the standard responses about the democratization of higher education, that it's no longer the exclusive province of privileged rich kids, etc., etc. But if everyone gets a higher education, then what is "higher" about it any more? It becomes basic general education, like high school is supposed to be. Hmmm, maybe that's why college has indeed been dumbed down into nothing but glorified high school, if even that. Some of our foreign exchange students are flabbergasted at the Mickey-Mouse level of the classes they are taking here, as well as by the attitudes and behavior of American students.

Here's why many of our students shouldn't be in college:

Oh, and just to head off the impending vilification at the pass, I would like to emphasize that I am not criticizing young people per se for being stupid, ignorant, illiterate, or lacking in intellectual curiosity. I am simply suggesting that these particular young people shouldn't be enrolled in college.

Why is this unfixable? Because it is a firmly entrenched systemic problem that has been many decades in the making. And, indeed, half of us would be out of jobs if American academia suddenly decided to impose and enforce actual standards. Half of the colleges in this country would have to close up shop, and that just ain't gonna happen. Instead, we commodify education and market ourselves and behave like competing corporations. In most countries students compete to get into college. In America colleges compete for students, the destructiveness of which (in terms of quality education) can hardly be overstated. The grand "everyone should go to college" myth keeps us all in business, pure and simple.