Angsty Audrina Tells Us The Tale of Lying Lizzie and Her Late Essay.

When I had finished grading all of my students' first essays in a media studies course a couple of weeks ago, I noted one was missing. I checked my email to see if the student had emailed it (something I do not encourage, but since the computer lab many of them use often has printer issues, if students ask first I allow them to email assignments so they can meet a deadline). She had not.

I spoke to her after class (this was ten days after the deadline) to say I did not have her paper, and she said she had emailed it. I said I would check again, and did. I emailed her to say it was still missing, could she print out a copy and put it my mailbox, and/or email me a copy? She then emailed me to say her computer was malfunctioning and "at the repair shop" and so she no longer had access to the essay to send it to me, as (naturally) she had not bothered to back up the hard drive nor had she printed out a draft copy. She would be without her computer for at least two weeks.

I responded via email to her that it was a difficult situation, as I had no evidence she had actually emailed it to me the first time. It finally occurred to me (long after it should have occurred to her, if she was telling the truth) to ask her to forward me the email from her "sent box" which, even if the essay file attachment had been removed, would have shown a dated correspondence proving she had sent it to me. I said this should have already occurred to her, and said if she could not send me this proof, the due date was moved up to the following day at 10 am. 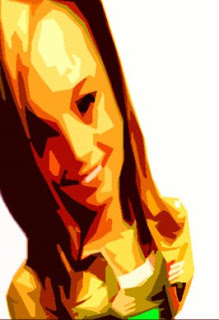 Then she started to get a bit cagey. She claimed she "thought" she had sent it and was "willing to accept" the failing grade and thought that was "fair."

I spoke with her after class and, after she promised to check her email for the "proof" she had sent it, I let her know that, if in fact she was lying all this time, that 20 years ago this behavior probably would have resulted in her failing the class, no questions asked. 30 years ago, she might have been expelled. She nodded, and left.

She emailed again to say she had checked her email and could not find it and that she realized "this was making her case seem weaker." I wrote back to say that the only way to prove she had done the work was to show me the file and the date of its creation and editing, thereby proving it was at least being worked on around the time of the deadline. But that if she had in fact been lying all this time, the time to come clean about it was now. I also said that if she had been telling the truth she certainly would have tried harder to prove she had done the work.

So yesterday I got an email admitting that she had not turned it in because it was "incomplete." She said she "had never meant things to go on for so long," apologized for "perpetuating this and wasting your time" and claimed this was absolutely not "in character" for her, that she was sorry to not have shown me the "respect" I deserve, that she was "ashamed" of her actions and hoped she "could prove her true character" to me in the time remaining in the semester (about 3 weeks).

The essay was originally due at mid-term, almost a month ago. This back and forth via email has been going on for two weeks. I answered her most recent email thanking her for finally coming clean, and saying I was giving her an F for the assignment (which counts for 20% of the grade), but that it was still possible to pass the course if she got everything done on time and did really well. Her attendance is fine and other grades so-so.

Does she deserve to fail for being dishonest or stupid?