When We Wear Down. 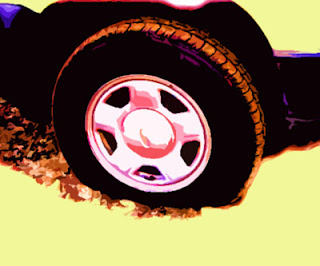 I'm locked in a grade dispute to the death with a student who would rather game the system than work to overcome ESL issues.
Only ONE of his essays got a passing score, but he refused to drop the course. My comments about subject/verb agreement, syntax and sentence-level error remained consistent from essay to essay--he never even tried to improve his writing. He did not take two quizzes before the deadlines elapsed (it's an online course).

He is sending me email after email refusing to accept a D, saying it doesn't make sense to him--I have explained it four times and sent him his grade records, but he either really can't understand it, or is pretending he doesn't understand it, so that he can keep trying to wear me down.
He keeps asking why "this grade is given to me," and I keep pointing out that grades are NOT GIVEN, they are EARNED. He seems to think I am some sort of wicked, subjective Grade Fairy who is being unfair to him for fun.
He has begun contacting Administration. I suspect he got through Developmental Writing because the instructor finally passed him in order to make him go away. I am afraid I will end up doing the same.