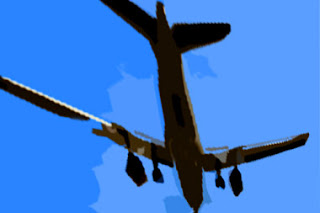 Thank you so much for your recent letter informing me that you will not be interviewing me at the 2007 Convention. My wife just called me this morning to let me know of your intentions to interview “other candidates” in December. It’s a good thing that she called, too, because I’ve actually been at the hotel where the convention was held last December, hoping that you would eventually contact me about my application. It’s silly, I know, but my wife and I were a little confused by your letter because it only arrived this week, but the letter itself was dated mid-December—well before the convention.
Could you explain this oversight to me? I mean, I’m sure you’re a stellar department, with top notch organizational skills, so I suppose my confusion is mine alone. Perhaps it’s because I’m so easily confused that you’re not interviewing me?
Oh well, my hotel mini bar is empty, and I’ve consumed my ration of mixed nuts, so I guess I’ll hop a plane home tomorrow. During my flight, there’s a good chance that I’ll be flying over your podunk college. And during my flight, there’s a good chance that I’ll have to urinate. I’m telling you this because I want you to know that tomorrow, dear search committee members, when you sit in your offices, drinking your lattes, there’s a decent chance that my plane will be hovering somewhere over your heads. And up there I will be, pissing on each one of you.
Sincerely,
An Applicant whose application you probably never read anyway