A Lot of Sad Stories at Semester End, and Chester Ends Up Under the Wheels of A Proffie Who Hoped A Lesson Had Already Been Learned. 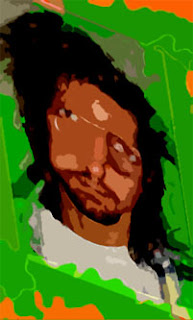 Oh, Chester the Cheater. I really thought you had learned. Last semester, when you handed in a paper whose introduction was taken verbatim from an online encyclopedia and I promptly caught you, I thought something had really gotten through to you. You apologized (despite claiming it was meant to be an epigraph), took your zero without a fuss, and managed to pass the class anyway, despite my intense scrutiny of every single thing you turned in thereafter. I was pleased--proud even. I thought perhaps you had learned some kind of lesson, if not about academia, life, and honesty, then about plagiarizing web sources for me.

Why did I allow myself these delusions? Maybe because you were smart, engaged, and had a respectable grasp of the English language. Maybe I thought that your choice of me as an instructor in this second semester was your way of saying that you were glad to have been caught in your cheating and had learned the error of your ways.

And then I opened up your final paper. I thought it was extra dandy how you included a quote from the source you were plagiarizing a book review of. Boy, would I have been impressed if I hadn't had Google. I must say I was further impressed by your willingness to go the extra mile and change the introductory phrases to sentences so that they wouldn't be perfect matches. It's a shame that I'm actually not a moron and choose phrases from within the sentences to check.

Since this paper is the largest proportion of your grade (which wasn't that healthy to begin with), I don't think you're going to scrape that pass this semester, and I must say that you're one of the few students for whom I'm almost willing to do the paperwork to get your ass in additional administrative trouble. Did you seriously imagine this ending well for yourself? If so, I hope the ending that you imagined was being taken outside and told that you might as well just go home, since you weren't going to pass. Because that's exactly what you got.