A Welcome Blast From the Beloved Dana From Decatur. "I Can Work With Stupid." 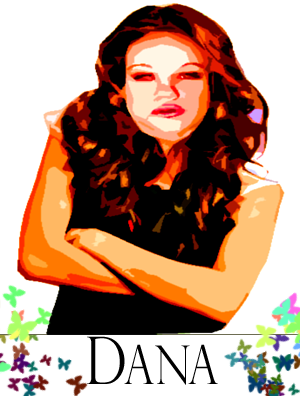 You know, guys, I can work with stupid. I really can. You see Dull Deborah over there? Well, let's just say, she's not the sharpest pin in the pack. But goddamn, she's got a good attitude, she asks for help, and she takes her lumps and improves. I answer her emails, I meet with her in office hours, and I have absolutely no issue with Dull, Dull Deborah.

And let me just say, for the record, that I don't have any real beef with people who don't try, either. I mean, Mellow Mark over there? I'm pretty sure he spends most of his days in a pleasant haze of hash. He doesn't try. But he doesn't care, either. So when he gets a D, he puts his paper in his bag, nods, smiles, and lopes right on out of the room, telling me to have a nice weekend. Me and Mark. We're cool.

It's you fuckers I have the real problem with. First off, I have absolutely no idea whether you're functionally retarded or the next Einstein. I don't think you know either. Why? Because you have never tried on anything in your goddamned lives. AND you want a grade that has no reflection on that. And that's when I start to get pissed.
For example, you Dumb Dick. You actually seem to have ideas in class discussions. Ideas that, you know, you might try putting in your papers. But no. Your papers are incomprehensible, inane, and about a page long. Because you don't try. And unlike some of these poor saps, who give me stories about child support, welfare, and taking the bus to three jobs, you tell me about how "totally wasted" you were over Spring Break, and I hear from other students that you have a "no note-taking" policy. And yet. When you get the D, you stand there, as if someone is playing a horrible joke on you. "How could this be?" your eyes cry. "How is it that you are giving me the grade that my non-work actually deserves? How utterly unfair!" Yeah. You and me, Dumb Dick? We are so NOT cool.

And you, Princess Pea. You with your combative attitude, and your constant challenge to my authority. Oh, yes, it's MY fault. For example, you wonder, how can I ever ask students to do such a thing as come up with an IDEA? Well, it's nothing short of cruel and unusual, is it? To have to think and show evidence of thought--surely I jest. But see, I know your game. You lob out a paper you know is crap, hoping--you once told me--thinking "that it would scrape by with a B or something." But see, again, I call crap like I see it. So when you get the D+, you're shocked. Baffled. Angered, suddenly, that what you before called an interesting class is actually asking you to have interesting and well-supported thoughts! Well, Princess, what can I say. Believing yourself to be royalty just doesn't get you very far in here.

If you're dumb, fine. We'll work on it. If you don't care, fine. We won't work on it. But you don't get to care AND be a lazy, whining motherfucker. Either go light up with Mark, or actually give this "thinking" thing a try for a fucking change.