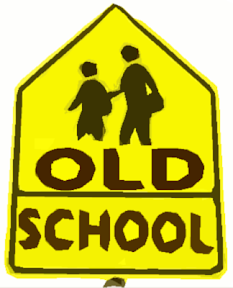 Stan Sadsack, who decided in December to switch majors, further decided that he was too smart to muck about with the "intro" courses in his new major, and so signed up for FOUR advanced courses in said major. He then missed three consecutive weeks of class because he "felt bad" knowing that other students understood the material better than he did. Not wanting to "feel bad," he chose to sit at home and--stellar concept this--not read or learn the material. When he laid out his sad story in my office, I told him, "suck it up, get over yourself, and come to class. You'll learn stuff there."

Thomas Thumbsuphisownass, who missed half the classes leading up to the midterm exam, failed the exam (I curved his score up just so he could reach the double digits), then dropped the class and left a nasty note about me on that other site, claiming I taught the intro course as if for PhD students (as if he knows what a grad course is like) and slamming me for having impossible-to-meet expectations. The average exam grade was a B-, and two students received grades of A+ on the exam. Impossible to pass, my ass. The truth, Tommy, is that you're a dumbass, and though you may feel self-righteous about your little online rating victory, you failed a class that is a dumbed-down, watery shell of a real course and you are, to use reality show parlance, the weakest link, the biggest loser. Buh-bye.

Sally Sneaky, who attends only half the classes, by which I mean she comes for the first half, takes a quiz, then conveniently forgets to return after the mid-evening break (it's a three-hour class). She emailed today to apologize for missing class tonight because she has [insert uninteresting and irrelevant excuse here]. She clearly thinks I haven't noticed her vanishing trick, and she hasn't noticed that I take attendance and give a second quiz after the break. She tells me she expects to graduate this semester, and I just know the waterworks are going to fly when slacker Sally realizes that summer school is in her future.

Texas Text, who tries to convince me that he's not texting during class but taking notes on his phone. He needs to improve his texting skills, because he got a D on the exam--perhaps I should let him text his exam answers on the final.