Abe Comes In From the Cold. 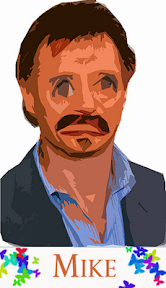 I work in a department which traffics in a handful of adjuncts. About 25% of our classes are taught by a rotating pool of part-timers, most of them barely post-grad, on the job market, young, and quite willing to take the 7:30 am and 6:00 pm classes that nobody else wants.
Of these, I've met only a couple; our hours usually don't intersect.
But, Abraham, I've met Abraham. Abe, he tells me to call him.
Abe teaches at 9 am, 1 pm, and 6 pm. All on the same day. He lives a good distance from SodaPop College, so ends up spending about 10-11 hours on campus each day. He's always in good spirits, a little older than the rest of the part-timers, and he is thankfully one academic I can talk to about sports. (Oh, dear, that's another topic for another day.)
Anyway, I saw Abe a couple of days disappear down a hidden hallway, pitch black, and open a squeaky door that led to stairs going down. The mystery was too much and when I saw him an hour or two later I asked him where he was headed.
"My office," he said.
He motioned for me to follow and down we went together.
He opened a heavy blue door into an open room, tiled with bathroom tile from floor to ceiling. Closed off spigots hung at about head height all around the place. A large drain in the center of the room was covered with a piece of awful looking plywood - it was once painted brown - I hope. Six metal desks, the kind you'd see in a movie set in a 1930s newspaper office, ringed the room, each one comically poised under the closed off shower heads. It was an old shower room. And the lights! Giant silver cowled things that were at least 12 feet above our heads. Bulbs bright enough up there, I suppose, but only a ghostly pall fell on us and the surfaces of the desks.
I don't know if you've ever been in an old shower room, one that likely washed thousands of soiled bodies over decades. But perhaps you can imagine the smell. Think a YMCA before the invention of disinfectant.
And it was cold. I don't mean chilly, or "let me put my sweater on." It was bone chilling cold. You could keep dairy products here year round.
Abe sat at his desk and I pulled up a chair. He didn't know the history of the shower, or when it went out of its original use, or for how long part-timers had resided there. He popped open his cooler which he transported 2 meals in every day.

"Look, no ice," he said. "It's cold enough in here I don't have to worry anything's going to spoil."
Later that day I was at the Buildings office trying to make a copy of my office key. I had to argue and fight for 10 minutes with someone before I offered to get someone in the Dean's office on the horn. The kid made me an extra key, one for Abe.
Today, after my office hours end at 11 am, Abe is going to take over my office. It's a pleasant and airy room with windows that open, and fresh breezes that pour in off of SodaPop Bay. There are nice chairs, a decent collection of books, and - he doesn't know it yet - a mini fridge under the desk.
I can't do anything about what the college pays Abe, or his schedule. But I can bring him in from the cold for part of his day.