Phillie from the Plains Comes Across with a Playlet from Final Exam Day! 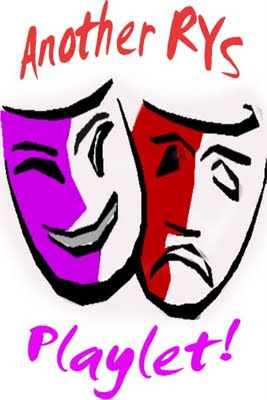 Phone rings. Nice but slacker-ish student with no previous snowflake tendencies on the other end mispronounces my name and introduces himself. Asks when the exam is.

I check the clock reflexively. 1:35. Still three hours before final. I tell him.

"Oh," he says. "Four of us are sitting here wondering where you are."

I remind him that someone else in class had said this. Since, at that time, I hadn't known exactly when it was, I had told everyone to check the website for the actual exam time.

I am perplexed. I note that it's only five minutes into the exam period and urge him to head over to the other exam.

"Well, I thought I had to choose. So I chose yours."

I gently inform him the University does not routinely force/allow its students to choose which final exams to take. I note again that he can still make the other exam with time to spare.

"Well, I didn't really prepare for the other exam."

It's becoming clearer now. Because of the choice, right?

A note? What should this note say?

Ah. While it strokes my ego that a first-semester fresh-flake thinks that I have the power to schedule my exams any time I want and double-booking be damned, I have no choice but to burst his flakey bubble and tell him that I am not uniquely unfettered in this manner. No such note will be forthcoming because no such event ever occurred.

"But...," as the story changes in an attempt to adapt and survive in the ever-more hostile environment it finds itself in, "...I went to the website and used the... thingy... and it said 1:30."

Wrong move, snowflake. I passed that buck so fast Truman's head would have spun. Website? Ah! There's the problem. Talk to IT about your note. Clearly, they misinformed you.