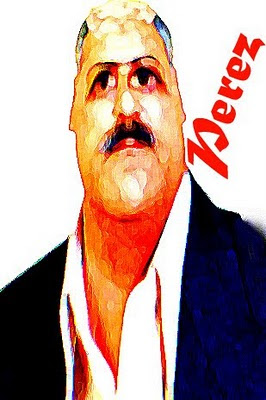 It was a long day, and as I write this I have three fingers of Scotch in front of me. It's all that's keeping me from diving out the window of my hotel - that, and of course the fact that the windows don't open.
My concerns about our job interview process that I shared yesterday mostly came to fruition.
The line of candidates who came into our suite was a non-differentiated melange. I joked about their names being similar, but it was their patter, their stock answers, and their painfully desperate demeanors that resembled each other the most.
I don't want to dwell on what they did wrong - or more clearly on the fact that nobody did anything RIGHT - but suffice it to say I felt like they were all running a con on us. Nobody told me anything about who they really were. They were prepared, ready, bright, cheery, and completely and utterly without personalities.
Our department has some nutjobs in it - and I wouldn't have it any other way. And I don't mean to castigate these kids for not being more unique, because I'm sure they all are. They all have special gifts and backgrounds, but whatever "interview" mentoring they've received has drained them of any life.
I honestly couldn't tell them apart. The boot licking I worried about in yesterday's post washed over me and the committee throughout the day. Even when I tried to stir things up with questions that should have tested them, their answers would drift to some non-offensive pitch for how much they love general-ed teaching or why they can't wait to advise freshmen.
And tonight two of us sat in the bar and wondered if we'd been giving the same "advice" to our own grad students. We churn a lot of them out, and I know I've been called on to give the occasional "brown bag lunch" talk about the job market. I hope I haven't damaged them in the same way today's candidates have been damaged.
Sure, there are some things in interviewing to stay away from, offending someone, sheer ignorance, endless prattling. But we have to learn about YOU, folks, the real you. Don't run a con game on us. We want to hire a human, and today I felt that all we did was see was a bunch of kids in masks.