Colleen from Colchester. On All of Us Moving Our Own Damn Rocks. 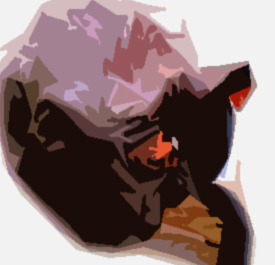 This Fall, we enrolled one of our sons in a ski academy in Vermont, a school known for its excellent academics. (We are not rich. In fact, we are still trying to figure out if we can actually afford the tuition and other expenses without me taking another part-time job.) I attended a meeting for all of the new parents during New Student Orientation. The headmaster's talk was titled "How Parents Can Best Support Their Sons and Daughters." When he began his presentation, I thought he was going to talk about how we needed to make sure that our kids had all of the right ski gear and equipment. I got out my pen, poised to create another "to-buy" list. But, it didn't go that way. On a PowerPoint slide was a photo of a boulder near the parking lot. The headmaster said that the big rock represented our kids' struggles. Our tendency as parents was to try to move the rock on behalf of our sons or daughters. After all, we were older, stronger, had more resources, and could probably move the rock a lot faster than our kids could. Most of the people in the room thought of themselves as highly capable problem-solvers. We hated to see our kids not succeed. And so we'd do whatever we could to help them with their challenges.

But, he said, our real job was to hold our sons and daughters accountable for moving the rock themselves. For they were truly capable. And if we kept moving the rock on their behalf, they would never feel a sense of competence. They would not learn that they could tackle challenges on their own. That would be terrible, as they would reach adulthood not knowing how capable they really were.

The headmaster's presentation changed my idea about parenting. I began to let my son "move the rock" while resisting my inclination to smooth his way -- even when it has meant watching him struggle to work through his frustrations to do something difficult on his own. I know it's exactly the right thing to do, and I wish I had heard this message years ago, perhaps when he was five instead of fifteen. It would have helped both of us..

And, had I heard that message years ago, it would have helped with my teaching. For a long time, I thought that it was my responsibility -- in some form or fashion -- to "move the rock" for my students whenever they were not performing well in class. If they were challenged to complete assignments on time, or if they didn't perform well on assignments, I, like most of my colleagues, would cut them slack and give extensions or permit rewrites. If their motivation was insufficient, I worked even harder to make my classes more interesting. I'd go to the teaching workshops. I agreed to follow Student Services' advice to redesign assignments so that literally everyone enrolled in my classes -- qualified or not -- could succeed. Mid-semester, I would inevitably feel like I was doing ten times more work than they were. In fact, I was doing considerably more work than the students were.

Soon after the headmaster's talk, I attended a presentation at my college about how to get students to take more responsibility for their own learning. The most important thing I heard that day was a piece of research about prominent characteristics of the "Millennial Generation." It revealed that most students today actively avoid frustration. They are so inclined to avoid frustration that instead of tackling a challenge they will hand in something "interesting," rather than follow an assignment. They'll blame their instructors for difficulties, instead of taking responsibility for their own actions. Some will lie, cheat, steal (plagiarize) to avoid the frustration they might come up against when facing facing a difficult academic challenge. Unfortunately, we've made it easy for this generation of college students to avoid frustration. Everyone -- parents, school administers, teachers -- have been smoothing their paths since they were little. Often, they are handed "success" in exchange for minimal effort.

Immediately upon hearing this, I gained a conviction that my students need to learn how to work through their frustrations, and to do the work that is expected of them. Because if we allow students to persist in the "avoid frustration" mode, they will only continue to avoid hard work, and will continue to look for the easy way out. They will continue to shift blame towards us.

So, I began to give more "C's," "D's" and "F's." I stopped accepting excuses for late or incomplete work. I began putting the words "This is not acceptable" on papers and worksheets. This semester, if a student does not follow the directions on an assignment, I don't look for the pony in the pile of shit. I write "You did not do the assignment" and mark the assignment with an "F." I no longer rearrange my schedule to accommodate students' lack of preparation. If a student tells me that they can't get things done on time because of personal difficulties, I ask them get a note from Counseling Services before we talk about the opportunity to do any make-up work. Same thing goes with chronic health excuses. "Not feeling well" is not a sufficient reason not to do the work.

From Day One I've felt 100% better. My students sometimes do the doped-up jaw-drop when they see their grades. I still get sighs and "ughs," and the occasional look of disgust. But it means nothing. Nothing. For I no longer move their rocks on their behalf. No longer will I solve the problems the students themselves have created, or change my course assignments to make sure that everyone enrolled in the course -- qualified or not -- can earn a "C." The message I am consistently sending is that students must do the work at a satisfactory level if they wish to succeed in my class.

This would seem to be how it simply should be, right? I can sympathize completely with Community College Colin who does not give "F's" in fear of losing his job, and who goes out of his way for poorly performing students so that he doesn't get slammed on his course evaluations. For such a long time -- too long a time -- I was exactly the same way. I needed the f'ing job. I broke my back for my students, staying up all hours to prepare for my courses and doing endless rounds of grading, while being paid a pittance. Like Community College Colin, I was an invisible cog in the machine. The only way my teaching was ever evaluated was through the machine-processed course evaluations. I elevated grades to make students happy, and felt sick about doing it. I, like Community College Colin, had a persistent sense of being involved in fraud.

But, I'm almost finished with this particular chapter in my life. I have reached my tolerance limit. I'm among the those who no longer want to be in academics at all, and I have one foot out the door. I have initiated an exit strategy, and even with a bad economy and another huge tuition bill for my son's school coming due, I'm going to stay the course.

Maybe it's no coincidence that the moment I decided I was going to leave was the moment I decided that my students were going to have to do their work and move their own rocks. Like it or not. Bad course evaluations or good course evaluations. Whatever. Friends, I was slow to see the light. But, I finally, finally got things sorted out. And now I know that things will be different. Maybe not for everyone. But at least for me. At least for me.