On Ping Pong, Ceiling Fans, Who's Teaching This Class, and Being THAT Guy. 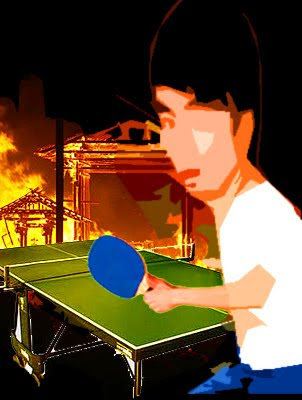 My name is Siddartha Snowflake and I'm in your Ceiling Fan Installation class. I'm a member of the Extreme Ping Pong team so i've missed more classes than I've attended on top of spending this week with a stomach flu. It's just been made known to me that for some reason I'm not technically enrolled in class so If at all possible i need you to vouch that I've attended your class so that I can actually get enrolled and remain a part of Boring Desert Town University and the Extreme Ping Pong team. IF you would like to give me a call so we can meet or just drop me an e-mail anything you can do is appreciated. And i also have a few excuse letters that i've failed to give you. Sorry for the inconvenience and I hope to see you in class. Thanks.


A friend of mine and I like to play a game we call, "At Least I'm Not That Guy." Let alone the apparent fact that this kid isn't aware that any class he's missed this much of will have had at least one exam (the Fall semester began over a month ago). Leave aside the concern that he is apparently in danger of being ruled academically ineligible for the Extreme Ping Pong team.
Let's ignore the implication that he wants me to vouch for his attendance in a class that he has, by his own admission, not been attending, in the hopes that my perjured testimony will somehow get him enrolled in a class a month after the semester starts, in defiance of any regulatory document I could care to pick up.
The real obstacle that this guy is going to be fighting here is that he's trying to enroll in a class that I'm not teaching this semester.

At least I'm not THAT guy.