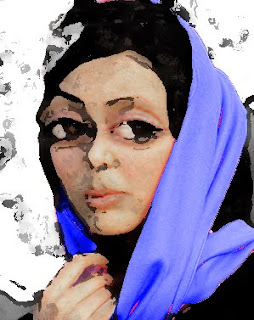 Careful opening this e-mail. I'm Muslim, so it might have some sort of "Islamic terror" plot attached.

Since when have the rantings of Faux News personalities been featured on RYS?
The 9/14 response to Motor City Mitch was absolutely dripping with Islamophobia and racism (understandable, I suppose, since the youngsters have been "living under the shadow of Islamic terrorism" since birth).

Ooh, look, another gem: "...thousands of Israelis were killed or seriously injured by Islamic terrorism." So now posters are invited to editorialize about the Palestinian/Israeli conflict? Shall I mention here that the ratio of Palestinian to Israeli deaths amid the conflict averages around 5:1? Or that there are many Palestinian Christians caught in the conflict (as academics and thus well read, you may have heard of one of those strange animals. An Edward Said or some such).

As a female Muslim academic (one who proudly wears hijab), I take enough shit from my real-life colleagues. Must I also experience religion/ethnicity wank on a site I visit for comic relief?

This is what you shall do: Love the earth and sun and animals, despise riches, give alms to everyone that asks, stand up for the stupid and crazy, devote your income and labor to others, hate tyrants... reexamine all you have been told... dismiss whatever insults your own soul, and your very flesh shall be a great poem.
-- Walt Whitman