Brynn From Beekmantown On "Balls? Balls!" and Adjunct Pay. 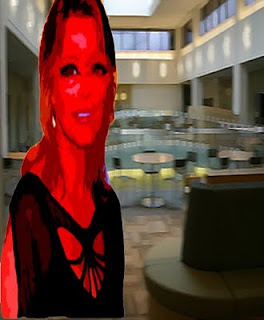 At the end of Spring semester, I broke down in front of my students and cried. It was the last class, and I started to meltdown while giving my usual course wrap-up in front of the students in my 11:00 class. It was pretty strange. The class itself was not to blame for my tears. They had been just fine. No student had triggered the tears. But, believe me, the crying was embarrassing for me and for the class, and it definitely was not the way I wanted the semester to end. I wondered if I was having some sort of nervous breakdown.

In six years of adjuncting, I had never cried in front of a class before. No matter how bad it got. But after I read "Celia Monahan's" post about discovering that her adjunct pay was the same as her student's work study pay, I stopped feeling so bad about the tears last semester.

I've known for a while that I'm only making about $12.00 an hour as an adjunct. And I've known that loads of people on campus with far less demanding jobs make as much or more than I do -- even the work study students. I've even applied for some of those jobs, only to be turned down as far too overqualified. In fact, in the past four years, I have applied for eleven non-teaching jobs on campus and have only made it to the interview stage once. I wanted to know why I wasn't making the cut and was told that they just didn't need someone with a Ph.D to do the work.

So, semester after semester, I've soldiered on. Not only is it hard to pay the bills on adjunct pay, it's hard to deal with the reality that virtually everyone else on campus is making more money and has better job security. Psychologically, it's hard to be a good teacher while being so underpaid.

Celia's post puts it all out in the open. Adjunct pay is shit. How humiliating to find out that an undergrad working at the fitness center, passing out balls, is getting the same paycheck as an adjunct with a Ph.D. If I'm not out of academe next semester, please come shoot me. After the tears, after reading Celia's post, I just can't do this any more.