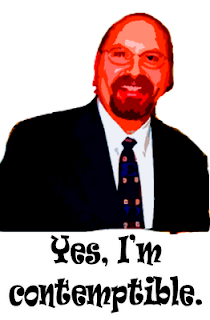 Don Asher is a fucktard of the highest order. He's a putative college expert who specializes in helping snowflakes along a bright shiny path to college success. He's published a number of books about college, careers, including the surely stunning Asher's Bible of Executive Resumes, and The Overnight Resume. (Because nothing says success like an overnight resume.)

Anyway, he writes a column for the US Airways magazine and is "widely" published in a variety of ... yada yada yada. He's the education dork at MSN Encarta, and published a piece this weekend called "The 7 Secrets of Highly Successful Students."

It's a tour de farce. It's full of such howlers that I just thought your readers would like to know what some of the current, hot, advice is vis a vis being a successful student.
There's other shit that's actually not bad advice, but the inclusion of the elements above just makes me crazy, especially the notion that students SHOULD try to game the system, game the proffie, flatter us poor dolts with comments about lost weight.
I'd like to find Don Asher and beat him with a bag of oranges. I'd like to put a pencil in his ear and watch it shoot out the other side.
To those of us who know better, he might seem a bit harmless, but it feels to me that more and more of this insanity is sold to students and parents, and soon the tipping point will come and college will truly just become this rubber-stamp-feel-good-handjob of a joke that so many people seem to think it is already.