Last semester will (hopefully) go down in history as the worst. Amid the usual snow-flakery and plagiarists, were a few standouts.

It started out with a bang with virtual mutiny in an online class with students rebelling against actually having to complete tests within a time limit, peaked with a student lobbing the F-bomb at me, and ended with the snowiest of self-entitled flakes, who refuses to go away. Let’s call her Pathetic Project Pamela, or Pam for short. 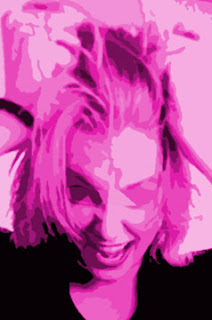 Pam spent the entire semester doing nothing, failing everything, and generally being an unmotivated, disrespectful twit. On the final day of class, in which I returned projects after students finished their final test, she argued with me about the grade she earned on her pathetic project. Now, this was the worst example of a project I had ever seen. It was technically inaccurate, didn’t follow the instructions, was sloppy, and basically a disaster in every way. It was the kind of crap that I would have been ashamed to turn in, and one that my professors would have refused to even accept. But I graded it and included a detailed rubric explaining the grade.

While Pam’s peers continued with their tests, she wanted further explanation. I obliged in quiet tones, but she accepted none of it, and argued with me like a little brat the entire time. Finally, a bit ticked that she put up such a front of over-exaggerated indignation over what she must have recognized was a complete failure of an assignment, I told her that the project was the worst I’d seen. She snatched up the pile of crap and spat at me that I was rude. I shrugged and returned to my seat, where my assistant asked what the deal was. I just said Pam had a problem with her score and we proceeded to talk about some of the other problems I’d had during the semester with students.

Flash-forward a couple weeks, when students get their grades, and Pam re-appears. Having failed the class, she gets up the nerve to email me about the incident, re-hashing all her pathetic excuses about her pathetic project (which apparently her friends thought was just fine), and accusing me of unprofessionalism and “gossiping” about her! I guess one of her buddies from class decided to regale her with embellishments of what I’d said after she left. It takes a hell of a lot of nerve to be such a whinny, lazy, sniveling brat all semester, turn in such a pile a crap as she did, treat me with such disrespect then take a pot-shot at me through email some weeks later. I’m sure this isn’t the last I’ll hear from her.

But lesson learned: next time, I will refuse to even grade crap assignments.