Dubra from Dykemans Explains It All.


I am a 25-year-old senior. I started college when I was 21, and up until I was close to 24, I had the professor-aggravating, sluggish student demeanor. I sat in the back of the classroom. I pulled my beanie down over my eyes, disinterested (in reality, I was so wracked with anxiety and hopped up on benzos that I tried to shrink out of the professor’s view, afraid that he or she would call on me. I took class time as one takes community service, which is something I imagine many students do, attendance being that damn thing in the way of binge drinking and crotch grinding in ‘da club’). Long story short, I sobered up and became editor-in-chief of my college’s paper. 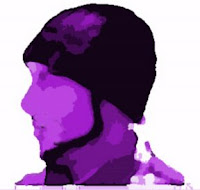 It was then that I slowly began noticing problems. The students who worked on the paper couldn’t write. Save for three people, the staff was disinterested. The layout director had absolutely no idea what she was doing, and had never taken an art course and was Mac-illiterate. The sports editor plagiarized, and when I brought it up at the meeting, most of the staff accepted his “I didn’t know!” and his “I had permission to plagiarize!” half-wit explanation. The longer I was editor the more I began to resent students. When I asked them to do something, it often came in half-done, late, or not at all, leaving me to pick up the slack.

But most alarming to me was how undeveloped and horribly written most of the articles we received were. There weren’t just tense errors or typos; entire articles had to be re-written. Sentences came in clunky and disjointed. I worked over 20 hours a week on top of a full course load just trying to get the paper to look coherent. Yet, when something went wrong, or when I cut a story (or in one special case of a diehard feminist writer’s article, changed a comma!), I was often given disgruntled looks, or taken aback by complaints. I quickly learned that this college’s paper was going to remain off the map and largely unprofessional, and it was depressing.

Faced with so many students who just don’t give a shit, I looked to my school’s writing department for support, seeing if they might shovel over a few people who could write coherently. There almost might as well not have been a writing department. The teachers, probably far too used to being subjected to incoherent papers, appeared to have stopped caring, passing nearly illiterate students along to the next course level. I found myself correcting at least one graduate student’s paper, and many soon-to-be-graduating students for a wide range of errors. And I’m only an above-average writer myself, with many more years to learn. Yet, it appears that English professors have given up trying to teach English because the rules being broken are so incredibly basic: don’t write in the first person, don’t write as if you were texting, don’t use a thesaurus just to sound smart, don’t write short and choppy sentences, place commas inside the quotation marks. In a way, I became to sympathize. How is a professor to teach critical theory if one’s students can’t produce something that doesn’t want to make a professor leave his college’s arches, crawling and bleeding from the eyes like Oedipus?

The transition going from apathetic beanie-wearing back-seat sitting student to an engaged and highly active one is something that will always stay with me. Sitting back in the class, I always hated most of my peers, and the professor. The class was almost always unresponsive, and the teacher would sometimes flounder in his or her efforts to elicit some kind of response from the zombies sitting behind fallen, wooden tombstones. It made for a tiring display, and one that would go on for a grueling dozen or so weeks. Sometimes, it’s no wonder why students are disinterested.

Yet while I can understand the apathetic students and the apathetic professors, and at the end of the day, I side with the professors. Why? Because some students simply should not be in college, and should be failed. The way that degrees are pumped out, facilitated by professors both who give a shit and those who don’t, is infuriating. It attributes to the cyclical snowflake syndrome of entitlement. Students simply cannot comprehend that they have done a terrible job at something: if they are told that their work is unacceptable, they don’t understand—how could they? Soon they will be a college graduate! If a professor tells them their work is junk, then what does he or she know? All of the other professors passed snowflake with A’s and B’s! It seems that once a student receives enough positive feedback—generated in bulk during lower level courses—any negative feedback, even if constructive, is ignored and the criticizer is considered any idiot or a person with a personal vendetta. This phenomena comes to a head mostly at upper level courses, when professors sometimes put the bottle down to do some real grading. An example: one of my fellow students and co-workers was graduating with about a 3.6, yet she was as confused as a dog with a stuffy nose searching for a stick in the woods when it came to writing; she couldn’t write a compelling sentence, much less an error-free paragraph if her life depended on it. She now holds a bachelor’s in journalism. She was one of those students who, instead of putting real work into a paper, insisted on using fancy font types to make her paper look more appealing and not boring like the rest of them. A senior and she hadn’t learned this freshman-level rule. Jesus Christ! And she has a 3.6 to show for it! That makes my degree look like even shittier shit!

Now, at the college newspaper, grades were replaced with paychecks, generated from our independently run advertising account. The result was this: the best editors and workers didn’t really care about pay, whereas the plagiarist and the moron journalist expected to be well-compensated. Sound familiar to you professors? Of course it does. I’m proud of myself for being a sneaky bastard and cutting their pay. Heh Heh.

So in the end, I came out bitter and wary of students in general, no matter their GPA. I finished doing my work at the newspaper with little enthusiasm, my hopes withered. Professors should fail more students, more regularly, at all levels. Destroy the snowflake syndrome; make the world a better place.