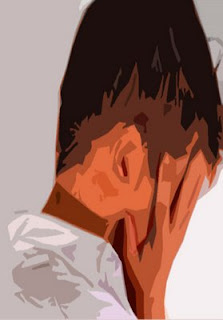 I look at their brightly polished faces,
Positioned in front of sad, hollow minds,
And it becomes difficult to suppress the anger in me.

To waste such young lives, such untapped potential,
Allowing their brains to languish in meaty prisons.
Dead in transition, blinding themselves to life and its stark realities.

These pretty, thoughtless people are content
To float among the bubbles in their lukewarm bathtub existence
(shower cap, soap, and carefully regulated temperature all included).
While so many are screaming from the sting of being's ice-cold shower.

A body with no mind will stumble out of its tub,
And array itself needlessly, allowing the radio to think for them,
While others shake cold and alert from their unholy baptism
And stagger out the gate -- drying their hair in the sun.

Oh Life, severe and intangible,
Bitch slap this goddamn generation.
Compel us towards comely modesty,
To respect the caliber of our humanity.
Permit to laugh at our failure.


A few days ago I stopped by the old high school to grab a sibling. Now, one of the things that makes my revisiting this place a bit difficult for me (aside from having left on a somewhat sour note) is the fact that as well as an educational institution it is also a very fundamental religious one, not in the sense of a Catholic school board (as by comparison they seem much more integrated) but in the sense of a school run, funded, and supplied by the church through tuition and charitable donations. As I waited for my sister to get out of the classroom I had an ominous, foreboding sensation as I waited in the hallway that almost made me quite ill. It wasn't the smell of teenage boys using their AXE, nor was it the rotting fruit that I was certain filled so many of the pale blue lockers, my reaction stemmed from the stern lecture coming out of the English classroom. Inside, a senior teacher (she had taught me when I was in Grade 9 and 10) going on about how Shakespeare was one of the most prolific writers of his time yet because of the content of his work (particularly The Taming of the Shrew and Antony and Cleopatra) extolled "dissident ideologies towards how a woman should allow the man to reign over her as it says in the Bible" and praised "erotic sensuality between men and women", the school would not allow those pieces of literature in the library as they were not befitting of it testimony.

What caught my ire was not only was this teacher (who I had clashed heads with before in my heyday) doing a disservice to any young minds that were interested in Shakespeare by limiting their potential knowledge of the subject but when I turned, expecting some sort of rebuttal to this lunacy, the only response I viewed was the bobble head agreement of 20 students with glazed over eyes. I thought to myself, "This isn't how one is supposed to instruct students". Teaching does not equate to a sermon where a pastor tells you what to do, teaching is a process whereby a professor is supposed to open young minds to possibilities they themselves had never thought of and cause them to think and question critically. I see these same type of students when I teach, trying to tell me that I'm discriminating against their religious beliefs when I give them a low grade. It's not that I'm discriminating against your religious freedoms here, it's just that when I ask for a seven page essay on the thematic importance of sentimentalism in Laurence Sterne's work I don't think giving me five pages comparing sentimentalism and Biblical tenants (with the resulting conclusion amounting to something along the lines of sentimentalism is ungodly, Sterne is a heretic, GOD ROOLZ) really meets the requirements of the assignment. What's really alarming is that every year I see a slow but steady increase in the number of these types of students and I know exactly where they're coming from because we have similar origins. As a teacher I do my best to turn them off such a troublesome throught process but I would love if this type of thing was nipped in the bud. If I wanted to see a room of brainwashed, narrow minded individuals I would drive down to the local Church of Scientology and get myself cleared of all the alien ghosts inhabiting my body (and money inhabiting my pockets) by squeezing two metal tubes and thinking happy thoughts.

It occurred to me that after leaving high school I was extremely fortunate to get my ass handed to me by my first university English professor, I have him to thank for making me actually think outside of what I knew in order to better myself (as well as pass his courses). I look back at so many of my fellow high school graduates and realize that the kind of teaching that school subjects its students to (though, to be fair, there are many good teachers in there that do quite the opposite though every year their number decreases) only serves to create ignorant persons who are given a very rude awakening when they go to post-secondary education and either forcibly adapt or crash and burn (of course the third option would be to go to Bob Jones University but I really don't see that as viable for too many students). There is a time and place for religious emphasis in the classroom (namely courses that center around them), I respect that, but to constantly try to tie everything into a single train of thought only means that one will only view the world through a single perspective and find it extremely difficult to sympathize with any others (and in life you need to have that kind of sympathy). Students don't need ministers, they need educators.