I am more than a little embarrassed to appear on these pages today, so full of myself was I during my job search this year that resulted in a great offer from a really cool location. 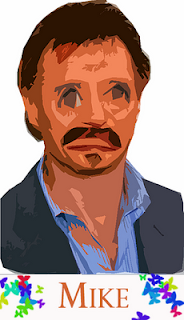 But as this semester is in its last week, I know I'm leaving behind a really great school with great colleagues, and I did it out of a combination of arrogance, stupidity, self-satsifaction, and a number of imagined notions that ended up not being real - except in my head.

As soon as I had the offer at Soda Pop College, I began seeing my home institution in a different way. I talked a little about that feeling about a month ago, and now the feeling is more clear.

I don't regret the opportunities coming up in Florida; those do seem like great folks, and it's a job I believe I'll be good at. But I know beyond a doubt now that I could have been happy where I am, too, had I given it a chance.

I look now at the events that have transpired over the past couple of years, and I see that the mistakes that were made, the things that made me go job-hunting, were all my fault.

And it's been just a crushing realization, all of this. What a fucking asshole I've been. And I don't mean to overstate things. My colleagues have been genuine and warm about my leaving, and as I noted earlier, I've gotten to know some of them better in the past months. Nobody hates me or begrudges me. Instead, they've all been supportive. And I don't deserve much of it.

I talked to my best grad school pal last night about all of this. I told her, "Listen, give it a chance." And I'm talking to all of you now, all of you folks in your first or second jobs, those of you at least who think you've got to move, keep digging, keeping that CV ready in multiple copies. There are many great homes around the academic world. I never ever saw mine that way until recently. I was blinded by restlessness or ambition or something, and now I fling myself into another brand new situation when I know I had something very good right here.

I'm still headed to Soda Pop College, and I'm still excited about the opportunity. I'm going to invest myself in that town and the world, and I'm going to do everything I can not to make the mistakes that have marred the last few years of my life and career. I wish I could have a re-do. If I can't have one, maybe my story can help others before they need one of their own.