"What it all comes down to is that public school policy is made by parents: parents on the school board, parents who complain to the superintendent, etc. [...] So back the fuck off, academia. We deal with many of the same problems as you do."
3/6/09 - School Teacher Sarah 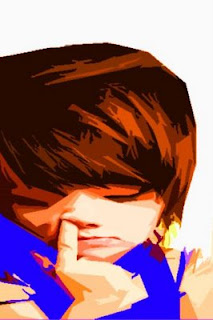 It's very easy to point to parents and blame the faults of the education system upon them.

Yet what about other stakeholders associated with the school systems? What about the integrity of the school system itself? What about the integrity of the community who will have to deal with these mouth breathers once you socially promote them across that stage, where they'll grab a diploma, then walk off to a life of mediocrity? There are only so many burger places that need people to flip beef patties and process baskets of fries... Where do we put the rest?

Have you done your taxes yet, Sarah? Those "educator" deductions on your 1040? We can't take them, though many of us spend just as much money as you do buying things out of our own pockets to assist our teaching. Ever have to shell out money for a DVD aimed at the academic crowd? It's not Best Buy pricing, Sarah. Though we spend most of our careers fixing the broken students that you socially promote through elementary, middle, and high school--effectively making undergraduate schooling "13th grade," we're not K-12 teachers. We don't count in the public eye. Last Saturday, in my home state, every major city had protest rallies about the reductions in the state's public school education budget. The media came out and lapped it up like mother's milk, throwing out images of communities rallying behind the teachers, and series of interviews wherein community stakeholders gushed about the poor, hardworking, K-12 teachers. When is the last time you saw similar protests when higher education took similar cuts? The media would go on about how those "lazy" professors and researchers could use some belt tightening. Good! Let's take that money and put it into our K-12 schools, where it "needs" to go! Let's face it, Sarah, public school teachers are their own best martyrs, and they now how to play the role well.

Public school teachers love their martyrdom. They wrap themselves up in it like a tattered, urine soaked, child's favorite blanket. "Oh, don't mind me. I'm doing this for the kids!" as an adoring public and media cheer you on as heroes. You get to be the ones that the kids adore because you cut them breaks. You give them that fifty percent of the credit for doing nothing. You get to show them compassion by promoting the seventeen year old with the fifth grade reading skill set to a senior year in high school. You tell them that with dreams and fairydust, they can do whatever they want--and use films about that one "special" teacher who succeeds as a means of inspiring them. We, the ones in higher education, then have to be the hardasses. We have to be (gasp) mean. We have to tell them that there are no breaks in the real world and workplace. We have to tell them that doing no work reaps no points for an assignment, the same way that doing no work for an employer will bring no money. We have to tell that (now) eighteen year old with the fifth grade reading level that he or she has two semesters of remedial courses to learn to perform at a college level, or he or she progress no further in college. We have to tell some students that no amount of dreams and fairydust will make some of their career hopes come to life--sometimes, Hollywood is just that, a fabrication.

You're the cherished ones. You kid-glove children and adolescents through the education system, then passively blame the parents when you're called out on your own failures to prepare them for post-secondary education as adults. "It's not my fault! You don't understand!"

Now I see where my little snowflakes get it from--learned behavior from their elementary, middle, and high school teachers. You model learned helplessness and victim mentality for them.

Go back and find those ideals that you had when you started teaching. They're probably hidden back in that dusty storage cabinet in the back of your classroom. You know the one--the cabinet that has all of the curriculum material that you've been storing since you started teaching, only to bring it out once each year, for the same four week unit you've been teaching since you started working? Go find those ideals, reflect on them, and re-embrace them. Go find that fight, that drive to change the world by shaping our young people, and reignite it! I honestly hope that you realized the challenge of this job when you began to pursue education as a career--even if you're an alternative certification teacher who came into the game after college, someone who may have been laid off from their primary career and thought that teaching was an easy plan-b...then stayed around for five, ten, or fifteen years because it was safer than the corporate world. If you honestly thought that it was just going to be scenes from _Stand and Deliver,_ where the kids all listen, they are all motivated, they all do their work, and they all adoringly crowd around you at the end of the day, you came in destined to fail. If you honestly thought that you'd encounter no resistance (much less garnering enduring support) from parents, just because you were that figurehead--the teacher--you came in destined to fail. If you honestly thought that the job was just thirty six weeks of thirty five hour work weeks, plus a week at the beginning and the end to prepare and pack up your classroom, you came in destined to fail.

Teachers and administrators are the guardians of quality in our public education systems. They are the front lines who repel blatant attempts to soften curriculum. They are the referees who moderate and inject reason (you know, all that educational research on students and curriculum that we use to fuel and justify our craft?) into unreasonable parental requests. They are the ones who model high standards that arm our students with the skills they need to succeed after they graduate. I spent two years teaching in the public school system (a charter school in an affluent county), trying to change things, and both my peers and administrators were so afraid of the parents, that the kids had a blank check to do with as they wished. "Give me this, or I'm going to have mom and dad complain to the superintendent--our family friend. And if I still don't get what I want, I'll transfer out and take my $12K of seed money to my zone school!" Yet in spite of that, I dug in. I said no. And a majority of the time, I won because I knew how to play the county rules and regulations right back at them. I wasn't popular--with my peers, administrators, some district employees, and a few of the lazier kids--but I was respected for holding to my beliefs and ethics as a teacher. And when my seniors graduated, then went to college, some even came back to thank me for not kid gloving them, and actually holding them to standards, as they watched their friends wash out that first semester.

You can say no, Sarah. Someone has to do it.

And if you can't do it, step the fuck off and let a new generation of teachers and administrators--ones who will stand up to the parents--get in to those classrooms and bring some standards to our students that might prepare them for more than just transmuting oxygen into carbon dioxide, filling out the same worksheets that you've been cranking out of that textbook publisher's CD-ROM (that you've secretly coveted for the last ten years), and bubbling in practice test after practice test for the state exams. As the US continues to slip further down the global educational ladder, we need teachers and administrators who will stand up to bulling parents in the private sector and on school boards, not drop their trousers, bend over, and happily growl "thank you, may I have another?" as these parents weaken and water down our public school policies and curriculum.

Because every time you say "I can't help it; it's the parents' fault!" all you're doing is teaching our primary and secondary students the very learned helplessness and victim mindsets that they carry into our college classrooms.

"You can't polish a turd. You can't make chicken soup out of chicken shit." I call bullshit, Sarah. There would be no turds to polish and no chicken shit to turn into soup if public school teachers would stop dropping their shit in the first place.