"The Regulars." Dana From Decatur Examines the Teacher Popularity / End of Semester Axis. 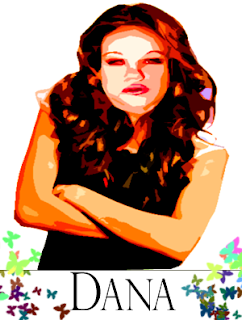 I am, as it turns out, insanely popular. I spent most of the semester thinking that my students considered me a useless waste of space. But for some reason, when December 1 rolled around, they all started talking to me. I mean, they’re staying after class, they’re COMING to class, they’re emailing me incessantly…I guess they really love me after all.

I can’t quite figure out how to use my new found popularity. I could, of course, try to get the nomination for Homecoming Queen that I never quite managed in high school. I have a feeling these kids would nominate me for about anything right now. I could also just laze around, watching them scatter and genuflect around me like little drones. That might be pretty fun. Or, I could go fishing for some compliments and see who will be the first to tell me how much they “loved my class,” and that I’m “the best teacher they’ve ever had.” And to think, just a few short weeks ago I was staring at a bunch of blank expressions, rolling eyes, and under-table text-messaging! Ah, what a difference December makes.

It’s just so odd. I mean, up to this point, I’m pretty sure they thought they knew everything, and I knew nothing. But now, they clamor for my advice and input. They treat me like someone who has something to offer. They admit that they don’t have a clue. I can’t possibly say why they’ve changed their minds about me. Of course, it would be insulting to imply that this has anything to do with the looming end-of-term grades I’m about to dole out on the poor little suckers. I’m sure they’ve just seen the light, with no kind of ulterior motivation.

For now, though, I’m enjoying this far too much to worry about such things. I will let them flounder and flap, enjoying my three weeks in the sun, letting them think that they might be making some kind of meaningful progress with me. What’s that, Lazy Lucy? You can’t tell me how much this class has helped you? That’s wonderful! How’s that, Slacker Steve? You’ve really appreciated all my patience with you, and you think that I’m a great instructor? Super! And you, Asshole Aaron? You really think that I might have been right about that first paper after all? Fantastic! Keep it coming, kids. Your grades will remain absolutely unchanged, but keep it coming. If only it could be December all year round.