Dr. Schadenfrau Breaks the Bank With Today's List of Excuses. 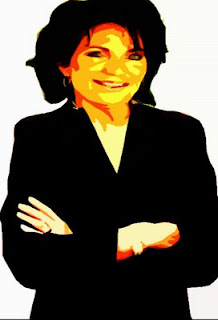 I call myself Dr. Schadenfrau; if we believe the description from "Oh Dear Lord…" on November 21, I’m just another emasculating shrew in an English department. I also can’t imagine why anyone would swing a cat in order to knock over the maladapted members of my ranks. I have five cats—several of which are so fat the impact would be equivalent to that of a Nerf toy. Pointless exercise, I say. Now, if you want to discuss swinging portable hard drives by their USB cables as if they were nunchucks—Xena-like whooping included—we’ll talk.

Anyway, as Thanksgiving approaches so do the students at my office door. Actually, I don’t even get to the office; they’re on me like leeches in the halls, on the stairwells, and in the bathroom that one time I errantly used the facility in the classroom wing. Most of the students choosing to corner me are "Houdini Students". You know what I mean—they disappeared, then re-appeared mysteriously without a word of explanation or even a weak query about what they missed. If you’re reading this, you also know there’s never been any documentation either.

So, I’m one of those professors who has an absence limit set for the class; any more than 2 and you lose 5% of your grade for each absence. The members of "Team Houdini" are usually requesting modifications to the spacetime continuum and almost always on the "time" end of things. Why me? Isn’t the Physics Department better suited for that?

Generally speaking, they want me to make policies into arbitrary statements, forgive them their trespasses and dick with events in the past by just obliterating absences. Not happening! I may look like a tool to them but I see just a little glimmer of "I’m not a gullible tool" when I look in the mirror.

Anyhoo, the withering excuses usually involve their mandatory responsibility for countless people and events. Here’s the list, so far, of requests followed by what I think as I tell them "No!":

Aaron: I couldn’t come to class, Dr. Schadenfrau; I had to take my girlfriend to the doctor that Monday.

Dr. S: Oh yes, I fully understand! That was certainly a priority for missing yet another class, Aaron. She can’t drive herself? Did you somehow manage to blind her on Friday night as the two of you attempted an off-label version of "Grey’s Anatomy" in a single dorm bed? Your mother was right; don’t point that thing at people, someone can lose an eye, or maybe both.
--

Mel: Dr. Schadenfrau, I couldn’t be in class that week. My dad had surgery and I had to go home.

Dr. S: Why, Mel, of course you needed to go home for at least a week. Were you donating a kidney or, better yet, did you perform the surgery yourself? The way you execute a comma splice, I know you’re the woman to, at the very least, re-section a bowel.
--
Chris: I had to go home for a couple of weeks, Dr. Schadenfrau; several people in the family died suddenly.

Dr. S: Several, you say? Suddenly, too? Has "Typhoid Mary" been in your hometown or are you from Bon Temps, LA? Oh wait, I know, you went home to embalm all of them, dig the graves, build the caskets, perform the service AND make the little sandwiches and punch for the wake? Of course, then you needed to go home for quite an extended period of time.
--

Terry: I’m sorry I haven’t been in class for 2 weeks or contacted you, Dr. Schadenfrau; my 21 year-old sister was busted on an international flight with 60 grams of heroin and I’ve been trying to talk to officials and get her out of jail on a bond.

Dr. S: Oh, let me see now, you’re 18 and you’ve been personally calling in favors with people you know in the FBI and various law enforcement agencies worldwide? No doubt your name will be required on the bond documents because you are, at 18, the only signatory for the family finances. And, of course, you’re legally responsible for your adult sibling. If she was dating Aaron, you’d be off the hook; he’d drive her to court and probably post bail--and during my class too! But, since you are, at 18, the legal guardian of someone in their 20’s, and you’ve got "clout" way high up in government, then of course, Jason Bourne….er, Terry…I’ll excuse your absences. Let me just call the CIA to see your clearance levels while I’m at it.
--

Jessica: Dr. Schadenfrau, I couldn’t come to class that day. Work was really busy and I needed to be there to help out.

Dr. S: Right, I fully understand, Jess, that you’re curing cancer—or was that splitting the atom?—for $6.50/hour. I know, what with the significance of the work you’re performing, that it would be utterly impossible to have said, "Sorry, I have class…" to your employer. I wouldn’t want to tell the Sloane-Kettering Center that either. It’s so not team centered.