Beulah from Boise Tells the Empty Office Proffie To Quit Being So Damn Creepy! 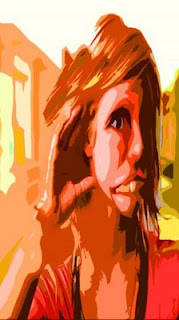 What the fuck is up with the lonely "empty office" proffie, so desperately looking for students to come to her office hours that she has regressed back to high school with her unresolved popularity/acceptance issues?

First, stop trying so damn hard. Like dogs, students -- and your colleagues -- can smell desperation, and it stinks like old man fart in a public toilet. You want to know why students are hanging out with Prof. Dull-As-Ditchwater and Dr. Mousy at all hours of the afternoon? Because those guys and gals own their dullness and mousy-ness and don't give a hot damn if people like them or not -- they not only let their freak flag fly but probably burned it in protest. Hence, students don't feel like their being used to gratify some over-educated, adolescent ego. They also might have ditched the instructor-student power relationship and are hanging out with their (one or two mildly developed) students as adults. You're acting like you're fifteen. Turn off the "soft music" and stop staring pensively out the sliver of a window. Get a life -- turn on network television, go watch a movie, make friends offline, and have a joke in your pocket so you have something normal to talk about.

Second, give students something to come to you about outside of class. I disagree with the assholes who think more, harder assignments will have them lined up in the halls. Those are the same jerk-offs who want an audience for another two hours while they masturbate to the sound of their own voice. Rather, engage kids with things they know they won't be tested over. You'll keep the morons at bay while those one or two who are genuinely interested in your discipline might want to stop by and "shoot the breeze" because you gave them something to think about. Students don't "drape" themselves on office furniture to talk about their research paper, but they will kick back if they feel like their grade doesn't depend on it. Lighten up and give their brains a little breathing room -- at least, the few who aren't brain dead already.

Finally, if your school is anything like mine, most student organizations need a faculty advisor. Get involved in a campus activity. Don't be the freak who's at every soccer game and music recital, but have an activity where students can see you outside of the academic environment at least once a semester. The chair for my master's thesis was also advisor to our department's honor society; we used to make fun of him because he was such a tight ass until the group went out for pancakes one Saturday morning and he regaled us with tales of a crazy ass internship he had one summer. Suddenly, he was cool because he got us. Getting off campus makes you a human being, unless you're going for that whole Elijah complex and want them to think you ascend into heaven after every class period.

But most of all, stop lurking and listening to other people's conversations in the hallway. It's creepy.