Tara Thinks a Little Compassion Is a Reasonable Response.

I am an occasional RYS reader who has never held a college-level teaching position. However, the recent string of posts about funerals and missing exams struck a nerve for me and I felt compelled to write.
I can't tell you how grateful I am, in light of these posts, that my grandparents held on until after I graduated from college! I was partly raised by one set of grandparents, in addition to my parents. One of these grandparents died after a very prolonged period of illness and disability while I was in my first post-college job, and the other died suddenly and unexpectedly a month before my final exams of my first year in professional school. 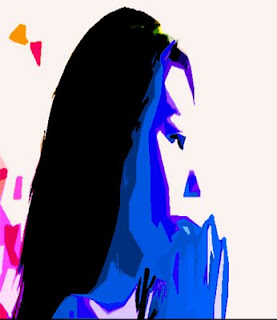 Both experiences were marked by my dissolving into undignified tears in the relevant administrative office while asking for time off, and then going home for several days of culturally-prescribed rituals and trying to help my parents and siblings hold themselves together. I believe neither funeral had a printed program (our religion forbids taking items associated with a funeral back to one's home, so I don't see why we would have had them) and byzantine family politics precluded naming the grandchildren in the obituaries.
The most recent death, the one while I was in professional school, hit me particularly hard and I returned to school strongly resembling one of the Sophies (albeit excluded from a diagnosis of depression by having actually experienced a recent loss) for the remainder of the academic year.
Fortunately, my current program is small, centralized, and compassionate enough that, rather than going 10 rounds with each professor, one meeting and a couple of e-mails with one dean were enough to arrange both my absences from class and rescheduling exams so that my intense but temporary distraction wouldn't force me to repeat the entire year at great financial and career-path costs. No documentation required. (Although perhaps my bursting into tears and psychomotor retardation were convincing enough in themselves.)

I realize that college instructors have to contend with plenty of fishy excuses, especially at the undergraduate level where there are some particularly young and immature students in the mix, and I don't envy you the task. But if I had gone through my grandparents' deaths in college and had to deal with intense suspicion and no slack from my professors on top of everything else, I probably would have said, "Screw it all," stayed in bed until the year ended and someone kicked me out of the dorms, and had a much bumpier road to "resolving my grief," as the bereavement literature puts it.
No, it's not up to you as professors to be the guardians of your students' mental health or to care about their lives to any great level of detail, but I hope that you as human beings don't find it completely impossible to show a little compassion toward those students who are genuinely suffering.

Tara from Tampa
A Recover(ing/ed) Mourner