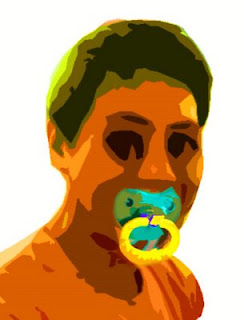 Poor, poor, you: actually having to attend class. Oddly enough, most of my classmates are not "adults capable of making their own decisions." They're self-entitled brats on a four-year vacation being paid for by their parents. The reason they're forced to show up to lectures is because if they weren't they wouldn't be getting Cs - they'd be getting F's. Besides, let's be realistic; the most thought-provoking Chemistry professor on the planet isn't going to get the hung-over slacker in front of you off of their cell phone with anything short of a pizza break - which isn't teaching, it's pandering.

I am precisely the sort of person that gets As without attending classes. I also know that basing an entire institution of learning around my extremely uncommon characteristics would be idiotic. If you're a perfectly capable autodidact, don't attend university. Get yourself an online school and go live your life. University is for people that either want, or need, to be in a classroom.
Personally, I attend classes because I enjoy the presence of the professors. Interacting with experts in their fields is the greatest virtue of a college education - I'm guessing you've probably made great use of that benefit, even as you deride it.

It's school, not a party. Their job is to provide you with information, not entertainment.

What a child - need your soother?