The Latest Entry Into the "Why Do You Post Students On This Site?" And The Answer Is, "Because They Taste So Good."

My friend showed me this blog and I think it's really funny. Here is a snowflake teacher story. Almost all of my professors have been great, this one guy is the only one I ever didn't like. I just needed somewhere to rant, because I'm about to start another semester with a class and a lab he teaches. Since ya'll are on the subject of "snowflakes", I would just like to point out that there are actually snowflake teachers. I don't care if ya'll rip me to shreds over this, just read the damn story and then think about what you would do to this guy is he was a student in your class. 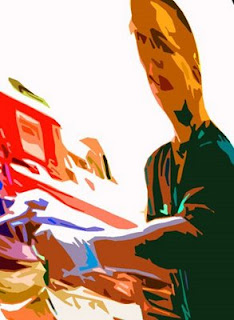 I am in a very specific engineering major. We have a small department and this guy (let's call him Dr. Z) teaches a couple of classes in it, so there is no way getting around him. I could rant on about him for about 3 pages, (including the time the department head asked the students not to mention Dr. Z to the accreditation committee), but instead I'll concentrate on one story that occurred at the end of the last semester.
My grandfather passed away the week before finals last spring. (Yes, he really did die; I'll send you the fucking obituary if you don't believe me.) I missed the last class test and lab final for Dr. Z's class for his funeral (Monday...The last class test and lab final were on the same day). I promptly made up the class test after the next class period (on Wednesday). I asked Dr. Z when he would like me to make up the lab final, and we agreed to meet at 2pm the next day (Thursday). When I went to his office at 2pm, he told me he was busy and to come back same time tomorrow (Friday). I did, again he told me he was busy, and to show up in his office at 10 am Monday. When I showed up at 10am Monday, and waited around for an hour or so, he never showed up. That afternoon he told me that he forgot, and again said he would contact me about another make-up time. By this time its finals week, and I'm supposed to start an internship in another state the following week. He never contacted me, despite several emails and notes taped to his door (he got rid of his office phone, don't ask).
On Thursday afternoon, he tells me that I have not yet made up my lab test and demanded to know why. I really wanted to stab him with my pencil, but I refrained. He told me to show up at 10 am Friday. I explained to him that I had been trying to take this test for over a week, and that I was MOVING TO ANOTHER STATE on Friday. He basically said, too bad, and that I'd get an F. So I asked if I could possibly take it earlier, around 8, so I could leave in time to move several hundred miles away? He said no, that I had to take it at 10am or later. So I show up at 10am, wait around for an hour, he doesn't show up, and I start to panic. I have to leave to start the internship, and I didn't want to get an F in the class. He shows up at 11:30, an hour and a half late, just as I was about to email the department head and try to explain the situation. I take the test, leave, and get an A in the lab.
He treats all of his students and colleagues like this (all of our other teachers hate him...quite publicly...). And I still have 2 more classes and a lab with him. Oh and as a last note...you want to bitch about students being late for class? Us students started playing this game where we totaled up the amount of time Dr. Z was late to class, and converted it into equivalent class periods. Because he routinely shows up 15 to 20 minutes late for class, last spring semester we calculated that he missed the equivalent of 5 class periods in lateness-time.