The High Cost of One Student's Complaints. One Proffie's Experience. 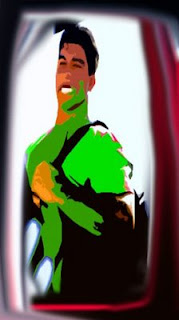 I, like most people posting on RYS, love teaching. Of course, I simply mean the act of teaching. I do not really care for the administrative nonsense or dealing with troublesome students, but usually my good students help ease the pain. I've been working at a community college for several years teaching developmental mathematics (this is the basic math that is essentially junior-high and high-school level), and I've always emphasized personal responsibility in my classes. Each semester on the first day of class, I would end the period with a "warning" of sorts: I would tell them that their grade in my class is all dependent on the effort that they put into studying, reviewing, doing assignments on time, and the usual list of student responsibilities. Now, as an adjunct I was subjected to class reviews, which was a simple and relatively standard process where an administrative individual would visit the class and make observations of my lecture style, student interaction, and so on. For my first couple of reviews, there were little issues that I needed to work on (such as talking too fast), but after a couple of these little tweaks, my reviews were spotless (naturally, I took their remarks constructively and worked on my faults diligently). Now, despite the fact that my reviews were consistently good at this point, the occasional student would still venture down to the math department to make some gripe about the way I dress, the way I talk, the number of questions on my tests, or the amount of time in a class period. Usually the administration would simply brush most of the comments off, since they were obviously spawned from the frustrated student's minds. When I asked what I could do to help the students stop stressing out or complaining, I was usually given some little useless "teacher trick" which I naturally tried to implement in my classes (to no avail). Of course, since the administration was so calm and carefree about the students remarks and complaints, I simply tried their advice and left it at that. As a final side-note for background information, all of the professors are required to turn in their grades to the department for statistics and such.

Fast-forward to the summer semester, 2008. This semester was a rough one, as I had very small classes composed almost entirely of disgruntled students. I did my best throughout the semester. I always kept a very friendly attitude around the students, I always did my very best to address their concerns and I always treated them with respect regardless of how they treated me. After finally reaching the end of the semester and submitting my grades the the almighty department, I began preparations for the next semester (I had already been assigned two classes for the fall). It was at this point that I got the email...

The man in charge of the developmental math classes (and my direct supervisor: the one who had given me all of the classroom evaluations) sent me an email requesting that I meet with him to discuss the summer's classes. I had similar meetings with him in the past, and it was usually a simple, 15-minute meeting where we just talked about ways to make the discipline better. I walked into his office that morning completely unaware what was waiting for me. He sat me down, and began his rant.

He told me how students were complaining about me in almost every thinkable way (and saying "students" is misleading, since it was mainly one student that he had told me previously to simply ignore when he was making negative comments). He told me that one student was coming to the office frequently saying that I would skip class, come to class late, and leave early on a daily basis. These were, of course, lies. Not only did I never skip class, show up late, or leave early, but I would frequently give extra sessions of assistance with many of my students in one of the computer lab (off the clock, doing this on my own time simply out of care for the students). I told the administrative prat that I would never be so negligent in my duties, and that the student was simply frustrated. I reminded him that this was the student who I was told to basically ignore...and Mr. administration pointedly ignored that little fact. He went on to tell me that this was a serious concern...and he then told me that my passing rates were too low for his tastes. Again, I reminded him that his evaluations of my techniques and procedures in class were all exemplary, and again, he ignored me. He continued on, saying that there were many adjuncts who were applying to teach the same classes that I was teaching, and they had specifically requested the times which I had been given. He continued to say that he would be speaking with the dean of our department about my performance, and he would get back to me.

I have yet to hear back from him, but he has already had my classes removed and I have been fired from my position...I was given no warning, and I thought that everything was perfectly fine before that day. I was taught an important lesson, and that is the fact that students now run the colleges. If we had any doubts before, we can be sure now. They run the college because they are paying the college for their degree, and as paying customers the college cannot afford to have any of them fail. After all, if a student fails they probably won't come back and pay for another semester. I had foolishly thought that colleges still had a long way to go before we reached this point. This is a very sad time for me...I loved teaching, and I loved trying to improve upon the deteriorating education system. I loved the academic environment, with brilliant professors from every field all around me. I've had that taken away from me. I had thought that I would spend the rest of my life happily teaching college classes...but that's no longer an option. The time has come where student and administrative corruption is so great that we cannot act as effective communicators and professors while still maintaining some sense of academic integrity.

I've had to give up a dream today...and all because a student complained.