I have a job interview for a teaching gig in Scotland. Can you believe it? I grew up in Michigan, have taught in Illinois and Ohio, and now am on my knees for a job at some backwards university in a foreign country.

I don't even know why I applied. I just saw the damn ad in the Chronicle and had half the letter written in my head before I realized where it was. 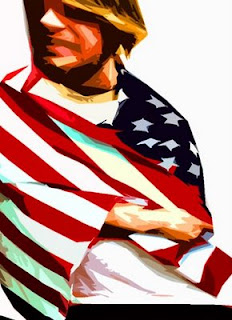 Why would they put an ad in the Chronicle? Do you have to speak Scotch to work over there? Their website looks like it was made by monkeys, and the faculty look like any 50 people you'd see waiting for soup on a cold morning outside the Salvation Army. I like to look and see where people publish when I look at schools, and I never heard of any of these presses or magazines. Why don't they publish in America?

But they want to interview me, so I say let them. I had to figure out the time of my interview based on GREENWICH MEAN TIME. Where are they, on the moon? I said, "Uh, what is it that, like Eastern time for Euros?" I cracked myself up.

They even sent me a list of questions ahead of time. They're all stupid. One asks what my international background will bring to their students. "I can catch them up on old episodes of Seinfeld," I said to myself in my mock mocking interview.

They pay a lot of money, or at least that what it appears from the currency exchanger I used. That's good. I figure I can make all that money, save it up, live in their third world rainy country for a while, and then use my international background to get a job at a real school here in America.

"I want to be broadened." Does that sound like a good thing to say?

I can't wait to open up a can of whup'ass on those Scotch students. I bet they're all Muggles and Hog's Breath and dumb as big cans of ham.