Revisiting the Notion of Being Reasonable With Grades and Policies. 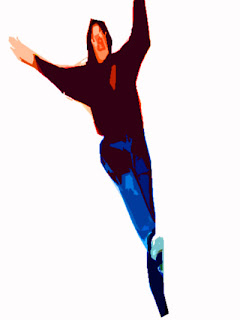 Both of the posts on "Finding the Right Balance" really hit home; I've had different versions of each of these students multiple times over the years. I teach at a 4-year state college, which also has by mandate of our Regents a 'community college function.' The effect of this is that we have a range of students, from those who could be at any of the Ivies to those who are struggling to pass the Adult Basic Education tests.
Almost all of the students have complicated lives of work [usually full time], families [for whom they may actually be the main source of income], and health care. When confronted with students such as the two described here, whose lives are out of control, I opt for the approach that means I can sleep better at night: allow the redo option; give them the benefit of the doubt for that C-; let them make up the exam or turn in the paper late.
In the greater scheme of things, I can't believe that this will be a better world [or this a better College] if I hold fast to principles that don't really relate to the situation. Sometimes life just really does suck for people, and some of those people are students, whose grade fate I hold. Will the world be worse off if I make a judgment call that 'violates' my stated policies? Doubtful: how good is a policy for which there is no conceivable reason to make an exception?
Back in the day when college and university enrollment was for the few and mostly the elite of society, and where a student was expected to work at it full-time, with no outside job or family or financial concerns [your family paid or you had a scholarship; there were no loans or Pell Grants in the bad old days], you might be able to say that the university stood for something 'bigger than just one student.' But those days are gone, for better or worse [or bits of both].
I think the best thing I learned about grading and very marginal students such as these two was when I was a TA. One of my professors recounted how terrible she felt for holding firm on a policy, only to have the student [a man about 25 years old], break down in tears and weep inconsolably after she told him she would not change the grade. She swore that she would never again hold firm for a couple of points over the course of a semester that would completely trash an individual's dignity. Another was from my major professor, who told me to be sure that before I stuck on such a principle that I could be certain that I had not made any mistake in grading for a few points here or there throughout the semester; was I so infallible that I couldn't give that C- or D+ instead of the D or F?
What's sad is that the majority of students who have perfected game-running and scams and chronic lying have made us 'toughen up' on the rest.